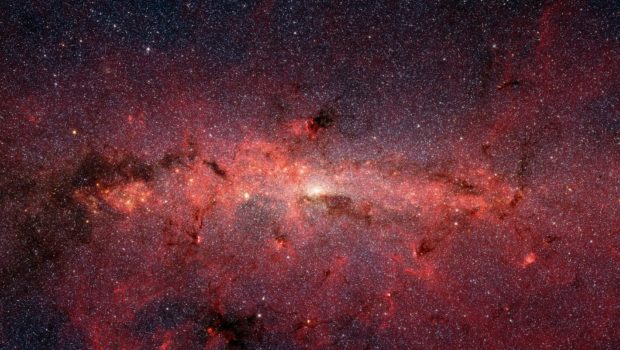 Gamma ray bursts have become a very important tool in probing the early universe. The most obvious thing they reveal is that stars had time to form and expire within just a few hundred million years of the big bang.

They have also provided evidence in understanding the most pressing problem in modern physics. The two great theories of twentieth century physics: Quantum Theory and The General Theory of Relativity are famously incompatible. How can two irreconcilable theories both be successful at the same time? The answer is that they describe different aspects of the cosmos. General Relativity describes gravity and the workings of the universe at the largest scale. Quantum Theory explains the workings of atoms and subatomic particles where the force of gravity is too weak to have any significant effects. The problem is that the two theories are mathematically inconsistent.

The holy grail of modern physics is to unite these two theories into one coherent, overarching framework, a so-called ‘theory of everything’. According to Einstein’s theory of relativity, light always travels at the same speed. In contrast, some quantum gravitational theories predict that high energy light should travel slightly slower than low energy light. Theory predicts that these effects should be extremely small. A difference in arrival time between high and low energy light should only be visible for very high energy light travelling extremely large distances. This is a problem which seems tailor made for gamma ray bursts.

In general relativity empty space is just that: empty. In quantum gravitational theories, empty space is not smooth, continuous and empty in the same way as it is in General Relativity. At the smallest scales, space has a ‘graininess’ which can affect the motion of particles moving through it. High energy, short wavelength photons are slowed more by this subatomic froth than their lower energy counterparts.

Up to the present time, no significant difference in arrival times between high and low energy light has ever been detected. In fact, the difference in arrival times is less than a second for particles which have travelled for over eight billion years. This negative result has helped to limit the number of viable quantum gravity theories by excluding theories whose predictions do not match up with this result. But up to now, almost a hundred years on Einstein is still right, clever guy.