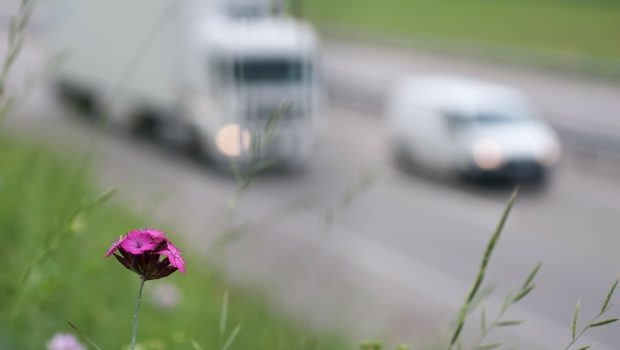 Environment and Technology: Joining the Dialogue

Having been a city-dweller all my life, admitting to being an amateur birder might mean losing claim to any fashionable ennui or street credibility previously possessed. It happened as part of my induction to the British way of life when I first moved to the country two years ago. I found myself enthralled by open fields, wellies and binoculars, and now spend many happy hours in reserves hoping for encounters with kestrels, or simply enjoying the green Starbucks-free reprieve.

There is little doubt that birding gives me a sense of connection to the sublime vastly different to my otherwise entirely urban existence. It has also arguably afforded me some concrete grasp on the deeper meanings of and connections between abstract ecological notions such as seasons, weather, climate and animal migration. I am now more keenly aware then ever before, from first-hand observation, that birds are confused by a warm winter too, and that rain brings landscapes to life with life.

As pleasurable, benign, quaint and even in some ways meaningful as birding is, there is little illusion that the activity bears any significant correlation in the final analysis to a more positive relationship with the environment. For a start, many of the reserves are inaccessible except by car, and one cannot help but wonder about the environmental knock-on effect of using up two gallons of petrol getting to and from reserves.

One also wonders about the staggeringly expensive and complex gadgetry de rigueur for many professional birders. More than the explicit concern over material resources, consumption and production, is the apprehension of the non-human world through lenses an expression of what eminent biologist E.O. Wilson termed biophilia, the desire of humans to be in contact with living systems? Or is there more to the use of such technologies?

Or is there more to the use of such technologies? In America in the 1900s, the Audubon Society transformed the Christmas Day custom of indiscriminate bird hunting into an informally competitive listing initiative. This has led to observations that modern birding may represent the bloodless replacement of a rifle with binoculars or cameras. One could also ask if using a camera to capture a cuckoo is an expression of the modern obsession with mediated forms and media technology.

For the most part, narratives on technology in relation to environmental issues tend to be characterised by hyperbole and dualisms. Such utopian and dystopian discourses point to a paradox where technology has come to be perceived simultaneously as the destroyer of worlds (as Oppenheimer thought following the Trinity nuclear test) and as potential salvation from environmental degradation.

The cause of what is seen as the current environmental crisis remains a point of fierce, often agenda-driven debate. Some point to accelerated climate change, others to the growing population in relation to consumption and resources. Yet others offer more essentialist explanations that allude to Hobbesian human nature, or structural causes (the capitalist mode of production encouraging overconsumption, greed and waste). While there are finer political points of difference between all of these explanations, they cannot be understood in isolation given the complex but inextricable links between them. All of the explanations also crucially pivot on the premise that contemporary human action significantly impacts the environment.

At some point, most of these explanations for the current ecological crisis reference the role of technology. Technology possesses an intricate complicity in environmental issues, given its central role in human endeavour. Conceived of as neutral tools, technology might be seen as extensions to the hands of humankind shaping the environment. To the end that we cannot separate humans from the tools they use, technology is indispensible, both as artefact and in the imaginary.

Faced with crisis, there have been attempts to reconfigure the possible problem into potential solutions, rather than abandoning the offending technologies altogether; or to create new technological fixes. Technology thus becomes pregnant with the hope of salvation. Existing pollutive mass technologies such as automobiles are reconstituted in parts, for example by outfitting newer vehicles with more efficient engines for lower emissions; or re-imagined in the form of electric or hybrid vehicles. Nuclear power plants, solar farms, dams and wind farms are built to deal with the existing problems attendant with non-renewable, pollutive sources.

Apart from the criticism that technological fixes do not work (as intended), and/or create new environmental (and social) problems, there is a strong tradition in the social sciences emphasising that understanding technology as neutral tools is not defensible. Specific technologies have been shown to be entirely social in construction and consequence, being both constituted of and engendering systems and ideologies. For example, political theorist Langdon

Winner contends that nuclear power plants not only have existing normative social values entrenched into the design process (expressed by the relentless, increasing consumer demand for electricity), but also necessitate particular authoritarian surveillance, management and governance systems for maintenance and implementation.

Such contextual considerations are often ignored in the production of new technologies, not least since these accounts problematise existing technological fixes without offering alternatives, and seem to reject technological solutions altogether (Winner himself has been accused of being a Luddite and technophobe).

Content of technological fixes and constructionist argument aside, implicit and more pertinent here is the pressing larger project of trying to understand the anthropocene and specificities of human impact on the environment. This is no mean feat, given the challenge of climate sceptics and deniers, the disconnect most of us experience when it comes to the question of human complicity in environmental issues (how does what light-bulb I choose to use affect glaciers I have never even seen, and what does this link actually mean?), and the daunting task of connecting valid and valuable input from across disciplines (how can a mathematician communicate with a biologist, or a computer scientist with a sociologist?).

According to theorist Bruno Latour, the daunting task of understanding the ecological situation requires the continued weaving of an ever-more resilient and complex tapestry of knowledge through an on-going process of calibration, modelling and interpretation of data. Such a large-scale endeavour of environmental studies calls for a spirit of rigorous enquiry, an openness to dialogue with a multitude of informed perspectives, and bold engagement with attendant challenges of engaging in such conversations.

It is with such a task in mind that the Environment and Technology reading group was started. Aiming to stimulate discussions on key debates and ideas about the environment and technological artefact, the reading circle welcomes members and perspectives from all disciplines. For more information about the group and to find out when the next meeting will be, please contact Audrey (audreyverma@abdn.ac.uk) or Laurie (r01llr0@abdn.ac.uk).