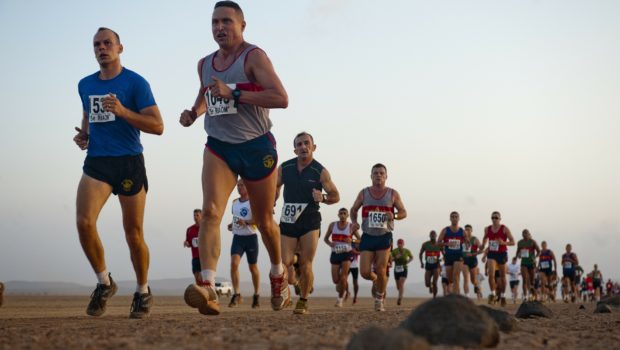 Financial Fair Play at the Olympics

In the UK, the financial sport headlines are normally focused on football: the wealth of Manchester City or the plight of Glasgow Rangers. With the London 2012 Olympics almost upon us, football might take a back seat. During these difficult financial times the government requires a return on the still increasing £9 billion budget for the games and fulfil the motto of the games, ‘Inspire a generation’. The vision is to provide a legacy for future generations to enjoy sport and compete at the highest level.

For all the hyperbole surrounding the legacy of London 2012, the majority of media attention will be focused on the performance of Team GB over the Olympic fortnight.  Home advantage historically improves the host nation’s position in the medal table and Lord Coe and his team will be hoping for Britain to improve upon the fourth place earned in Bejing 2008, which itself was a substantial improvement on the tenth place in Athens 2004.  Should this not be achieved then questions will no doubt be asked about Team GB in terms of value for money.

So what have Team GB been doing to make sure this is the best Olympic performance ever?   A controversial part of the plan has been to recruit talented people from around the world and get them into a British vest.  But that is a debate for another day.  Another part of the strategy has been to target sports that require more equipment than a pair of spikes or a pair of swimming trunks.  By increasing the budgets of sports such as cycling and rowing then there is a greater chance of increasing the medals won.

Looking at cycling in particular it becomes clear that despite what Lance Armstong reckoned in his first book, at least some of ‘it’ IS about the bike.  During last year’s cycling world championships Team GB were keeping their new bikes under wraps until Olympic year in order to keep their secrets away from prying eyes.  Team GB cycling has a recent track record of success and this is set to continue in August.

Which brings us to the question, is this fair?  Does each country have the same budget to spend on their Olympic team?  No.  Is there a cap on budgets for teams?  No.  Athletes face numerous drug tests to ensure that they don’t gain an unfair advantage over fellow competitors, so should the same be applied in terms of team budgets?  Or is this just a fact of life, that there are haves and have-nots?  Is it not just a natural advantage in the same way that an athlete’s genes provide an advantage over his competitors?

In my opinion the ability to spend more money on better equipment means that the best athlete might not be able to win due to a lesser competitor having superior equipment.  This does not seem right.  Should the Olympics not be about the best individual rather than the best-funded individual?  Does the Olympic motto, Citius, Altius, Fortius- Faster, Higher, Stronger also apply to the equipment used by the athlete? Perhaps a more pertinent question is will anyone from the GB be complaining if Sir Chris Hoy, Bradley Wiggins et. al win a hatful of medals at the velodrome?

Two ideas that might level the playing field would be to introduce a cap on spending that would at least limit the financial advantage more wealthy countries enjoy.  Another option would be to standardise the equipment used in events.  Standardisation of equipment with manufacturing contracts being shared being companies would allow a level playing field and still keep the companies that supply the equipment happy- this sort of deal is used with playing kit and merchandising in the NFL in America.

The Olympics, to me is about watching the best physical specimens nature has provided dedicating their lives to being at the peak of their powers once every 4 years compete.  Years of training, sacrifice, and discipline are paramount in the lives of all of these athletes. At the highest level of sport winning can be about the smallest margins and athletes gaining an advantage due to their country being able to provide better equipment to compete, seems to me to move the essence of the Olympics away from the individual.

You can read more about how equipment technology and science might change the face of the Olympics of the future in Au Science Mag.