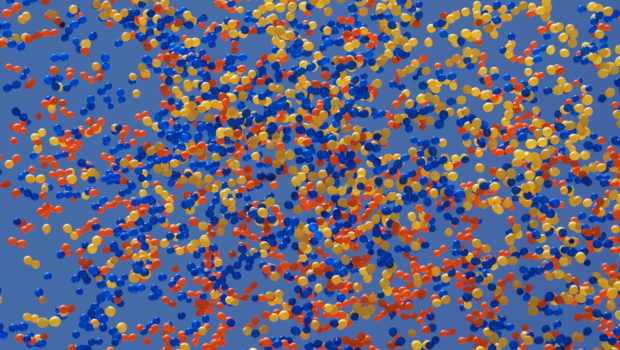 In lieu of the wonderful weather we’ve had this weekend it’s quite fitting that we celebrate the International Day of Happiness on the 20th March. Spring is in the air, the St Patrick’s Day hangovers have just about worn off, it’s light when you go to work and when you come home and you’ve at least thought about fishing your sunglasses out of the back of the back of the wardrobe. What better time to reflect on that natural human instinct, something that in many ways defines us as humans, the pursuit of happiness.

Inspired by the citizens of Bhutan, considered to be some of the happiest people on Earth, International Happiness Day endeavours to recognise happiness as a fundamental human goal. Instead of using traditional economical methods to measure national prosperity, such as Gross National Product (GNP), Bhutan advocates an alternative measure; the Gross National Happiness Index (GNH). This unusual quantification of development eschews economic and material wealth as the sole indicators of prosperity and considers the spiritual well-being of individuals and communities to play a pivotal role.

The science behind the smile

Although still in its infancy, neurobiologists have made a great deal of progress in the science behind happiness. The notion that happiness consists of two components began with Aristotle. It is thought that happiness is a combination of hedonia (pleasure) and eudaimonia (a life well-lived), and in happy people these qualities are synergistic.

In most mammals the neural mechanisms which generate pleasure and displeasure reactions are very similar; this coincides with Darwin’s theory that happiness is an evolutionary adaptation to environmental situations.

In most mammals the neural mechanisms which generate pleasure and displeasure reactions are very similar; this coincides with Darwin’s theory that happiness is an evolutionary adaptation to environmental situations.

Hedonic happiness reactions are widespread throughout the brain, though actual pleasure causation is thought to exist in a few “hedonic hotspots” in the subcortical structures. In rodent brains these hotspots are a cubic mm in volume (this corresponds to a cubic cm in humans) and are capable of generating pleasure reactions to sensory stimuli such as sweetness.

Interestingly, all hedonic pleasures: sexual, fiscal, philanthropic, artistic, musical, sensory and even intoxication seem to involve the same hedonic brain systems, according to a 2009 study in which the neuroanatomical origins of pleasure and happiness were investigated. It is now thought that all pleasures important to happiness and a hedonic mood draw on the same neurobiological origins that evolved for the original basic sensory pleasures. Because of this neural overlap it is possible to infer, from fundamental pleasures such as eating and socialisation, larger hedonic brain principles liable to promote happiness.

Happiness was recognised by the United Nations General Assembly as a “fundamental human goal” in July 2011. In April 2012 the first ever UN conference on Happiness was held in New York; following this on 28 June 2012, International Happiness Day was founded. According to the International Day of Happiness website, last year’s celebrations included the “Happy Heroes” campaign, a thousand-strong virtual tea party, free hugs in Washington DC and a “Positive Messages” flash mob in London.

The date is no coincidence either, 20th March coincides with the equinox in which the length of the day equals that of the night. This date was chosen to give extra power to the underlying message that stability and peace form the basis of a happy, healthy community.

Last year the UN’s goal was to reach over 100 million people and this year it looks set to be even bigger. With celebrities such as Pharrell Williams raising awareness with a 24-hour event on YouTube and the hashtag #happinessday already trending with the charity Action For Happiness, this year is set to be incredible. You can get involved too, by taking a picture of something you feel is a genuine vision of happiness and using the hashtag #happinessday. You can see what’s already making people happy here.

In a statement marking the first ever International Happiness Day, UN Secretary-General Ban Ki-moon said that “The pursuit of happiness lies at the core of human endeavors.”

“The pursuit of happiness lies at the core of human endeavors.” — Ban Ki-moon, UN Secretary-General

So smell that freshly cut grass, fire up your hedonic hotspots, and think about how rich you’d be if your life was measured by a Happiness Index.