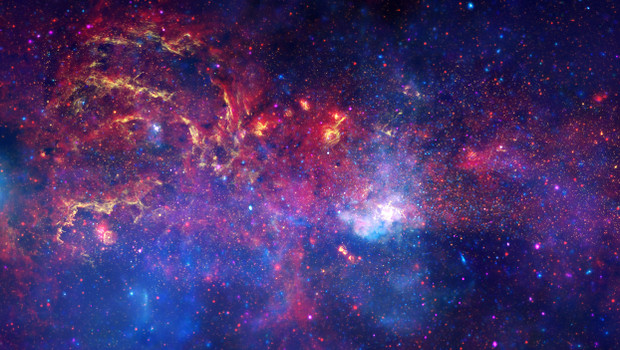 NSEW: An Evening with Lucy Hawking

Au went to the launch event of National Science and Engineering Week (NSEW) in Aberdeen to see what Lucy Hawking had to say about how we can get children interested from an early age in the many wonders of science.

“So many things are possible, but you have to imagine them first.”

This was the take home message of the evening for me at An Evening with Lucy Hawking, the launch event of NSEW here in Aberdeen. Lucy Hawking, a journalist and novelist and daughter of the famous theoretical physicist Stephen Hawking, transported the imaginations of her audience into outer space with ease. With her words she painted vivid pictures of far off galaxies and unearthly planets that captivated everyone present, from the very youngest to the very oldest.

But despite the fairy-tale like ideas presented to us, the truly remarkable thing about everything that she told us, and everything she writes in her children’s books, is that it is all deeply rooted in reality. A basis of fact is essential to her aim of getting children interested in science from a young age. But just because it’s factual doesn’t mean it can’t be fun, which is an idea that’s reflected in her words: “So many things are possible, but you have to imagine them first”.

If you don’t dream, if you don’t wonder, then you’re not going to get any further.

If you don’t dream, if you don’t wonder, then you’re not going to get any further. But if you do, and you ask the questions, you’d be surprised at what is really possible. Her example? A space elevator that directly links the earth to space. No problem, says NASA, once a cord strong enough to support the elevator has been developed.* Lucy explained that she didn’t need to make things up for her books to be exciting; there is enough real science out there to fill hundreds of exciting children’s books.

The success of her book series, about a small boy called George who travels around the solar system via computer generated portals, is a reflection on an enormous gap in the children’s literature market. It is her hope that “sciencefaction” (a term coined by her father, Stephen Hawking) will catch on, and children will be able to learn about real science at the same time as having fun.

Lucy inspired members of the Au team and some researchers at the University of Aberdeen to reach out to children with their own work in an afternoon workshop, and take the leap into writing science creatively.

Will the Au team be the next to try and fill the gap? Watch this space!

* “Space Elevators: An Assessment of the Technological Feasibility and the Way Forward” by the International Academy of Astronautics (IAA) is the study to read if you want more details on the potential for space elevators.