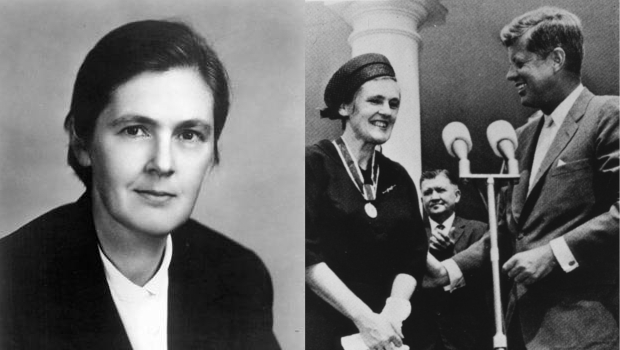 I originally sat down to write this blog post about Thalidomide. The drug sends a shiver down the spine of most people old enough to have heard of it. First launched in Germany in the mid 1950s as a sedative, it was widely used by pregnant women to combat morning sickness. It quickly gained popularity, and was available as both a prescription and over-the-counter medicine. A few years into the Thalidomide era an increase in the number of children born with birth defects was noted, and in the early 1960s the German paediatric doctor Widukind Lenz highlighted the link between Thalidomide and the noted birth defects.

The drug was quickly taken off the market, and the general public informed of its dangers. It has however made its way back into some drug cabinets, this time as an ingredient in some cancer treatments. In Brazil, Thalidomide was found to treat a skin condition developed in patients suffering from leprosy and has since been in quite high demand. A tradition of sharing medicine, together with the socioeconomic status of patients, has resulted in children again being born with birth defects typical of Thalidomide. This was what I was going to write about. But as I was doing my background research, I discovered the woman who single handedly stopped the public use of Thalidomide in the US — a pioneer among women scientists, an inspiration — Frances Oldham Kelsey. Frances Kelsey was born in 1914 in British Columbia. Contrary to the tradition of the time, she was sent to a boy’s school with her parent’s expectation that she would secure a good education. She graduated from McGill University in 1934 with a BSc in Pharmacology. The onset of the Great Depression resulted in any available laboratory jobs going to men, so she decided to stay in school and get a graduate degree. The following year she received her MSc in Pharmacology, from McGill University. One of her mentors at the institution encouraged her to write to EMK Geiling, a noted pharmacologist who was setting up a new pharmacology department at the University of Chicago. Dr Geiling offered Kelsey a research assistant position on a PhD scholarship track. There was only one caveat; Dr Geiling had addressed his letter to Mr Oldham, not noticing the ‘e’ in Frances. After consulting her former professors at McGill University, Frances Kelsey decided not to inform Dr Geiling about his mistake, but to accept his offer, and signed her name followed by (Miss).

“To this day, I do not know if my name had been Elizabeth or Mary Jane, whether I would have had that first big step up.” “And to his dying day, Professor Geiling would never admit one way or the other.”

During her time with Professor Geiling, Frances Kelsey worked to solve the mystery of the toxin in Elixir Sulfanilamide, which caused the deaths of over 100 people (another fascinating story that may be featured here in the future). She was also involved in the war effort, attempting to find a treatment for malaria. After finishing her PhD she went on to medical school, receiving her MD in 1950, during which time she also gave birth to her two daughters. In 1960 Frances Kelsey was offered a position at the FDA (Food and Drug Administration) in Washington, D.C. Her first drug to review was supposed to be an easy one — a drug already in wide use and thought to be harmless. Frances Kelsey looked over the background data supplied with the application to put Thalidomide on to the U.S drug market and stalled the approval, demanding more evidence of its safety. Her experiences with animal trials during the malaria treatment search had made her aware that some drugs affect fetal development. She stood her ground, even when put under a lot of pressure from the drug company intending to launch the medicine.

As the disagreement continued, more disturbing reports about the true nature of Thalidomide appeared, and in 1962 the company withdrew its application from the FDA. As a result, Thalidomide was never available commercially in the United States. Frances Oldham Kelsey was given the President’s award for Distinguished Federal Civilian Service by President Kennedy on 17 August 1962. She retired from the FDA in 2005, at the age of 90.