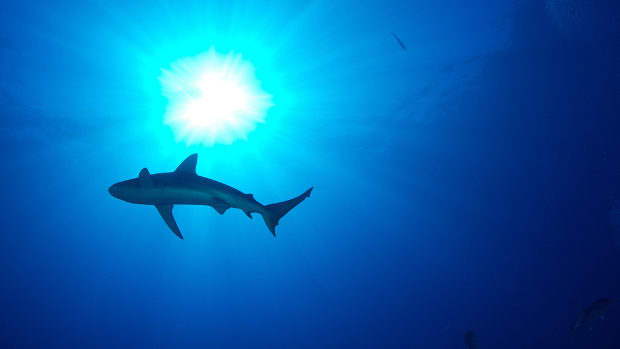 In an engaging talk during National Science and Engineering Week 2014, Helen Dooley, a lecturer and researcher in the School of Biological Sciences at University of Aberdeen described how she’s spent the last 10 years attempting to understand the evolution of the adaptive immune system. Her hope is that by using a comparative approach, she and her team will be able to identify novel molecules used in the immune systems of other organisms and harness them to target diseases in humans.

Much of her research focuses on cartilaginous fishes, whose immune system is similar to that of humans and other mammals but much more ancient. Early work focusing on the nurse shark, Ginglymostoma cirratum revealed that sharks, like us, mount an protective immune response when challenged by pathogens. However the immune response takes much longer to kick in and afterwards is sustained for much longer periods. For a talk about sharks, Helen spent a lot of time talking about sports cars; in her analogy, she compared the human immune system to a Ferrari and the shark immune system to a model T Ford. Both do the same job, using the same components, but one is much sleeker, faster and more complex than the other. After moving to Aberdeen, where it would no longer be feasible to work on 4 m long, 300 kg, tropical sharks, Helens research focus shifted to the UK-native small-spotted catshark, Scyliorhinus canicula. During immune studies it was discovered that sharks have a unique type of antibody which has much smaller binding regions than those found in humans. This means that the shark immune system can ‘see’ targets that the human immune system can’t because the smaller binding region allows the shark antibodies to bind in a different way.

It is hoped that in the future researchers will be able to take these unique immune molecules from the shark and use them to treat human diseases. A project currently underway in Helen’s lab is testing the ability of the novel shark antibodies to block receptors on the surface of human cancer cells, preventing the cell division and spread that makes cancer so lethal. Although this is yet to be tested, maybe one day humans will see sharks in a completely different light, and the “Jaws” stigma will finally be lost once and for all.

Diving images property of Helen Dooley. Helen went diving with the sharks at a Queensferry aquarium to promote The International Association for Cancer Research, who fund her cancer research project.

Featured image by U.S. Fish and Wildlife Service Headquarters (CC BY 2.0) at Flickr.