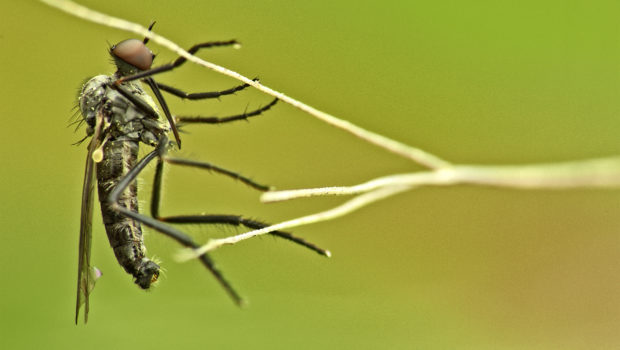 World Health Day is celebrated on 7th April every year to mark the anniversary of the founding of the World Health Organisation (WHO) in 1948. Each year a theme is selected that aims to attract attention to a problematic area of public health. This year’s topic is ‘Small creatures, big threat’ which focuses on vector-borne diseases.

A vector is any organism that carries and transmit infectious pathogens or parasitoids to another living organisms. Many of the vectors are bloodsucking which ingest pathogens during a feed on infected hosts (humans or animals) and transfer them to new hosts during another blood feed. Illnesses caused by these pathogens and parasites in human populations are often referred to as vector-borne diseases. The World Health Organisation has been coordinating various programmes towards public education and prevention of such illnesses since its establishment.

The most common vectors are arthropods such as mosquitoes, ticks, mites, sandflies and fleas. Mosquitoes, for example, are best known for transmitting serious life-threatening diseases such as malaria, yellow fever, dengue and lymphatic filariasis. Although these diseases are mostly found in the tropical regions, several studies suggest that some of them could spread in other areas due to climate change and globalisation. Malaria is currently the most common with half of the world’s population being at risk. However, dengue is the fastest growing vector-borne disease with a 30-fold increase in disease incidence over the last 50 years.

What are the risks in the UK?

You may think that the UK is quite fortunate in being far from the tropics for once. Europe, and Britain too, however, are also subject to vector-borne diseases. The most wide-spread among humans is the Lyme disease. Also known as Lyme Borreliosis, Lyme disease is caused by the Borrelia burgdorferi bacteria and is transmitted by ticks of the genus Ixodes. Typical hosts of infected ticks are deer, sheep and mice. And in Scotland particularly there are plenty. The next time you decide to go to the Highlands or the local park you better look out for ticks as well. Most tick bites happen between April and September. The Lyme disease has almost identical symptoms to the common flu — tiredness, headache and muscle and joint pain, and therefore you may be diagnosed wrongly. If a mysterious red rash spreads out from the bite within 30 days, it most certainly means that you have been infected. Do not panic! The disease is successfully treated with antibiotics when caught early. The best way of prevention, of course, is to avoid being bitten by a tick to start with. Long sleeves and trousers are essential not only for the unpredictable Scottish weather but can also reduce your chances of catching a tick. You may find an insect repellent useful as well!

Featured image by Ramón Portellano (CC BY 2.0) at Flickr.