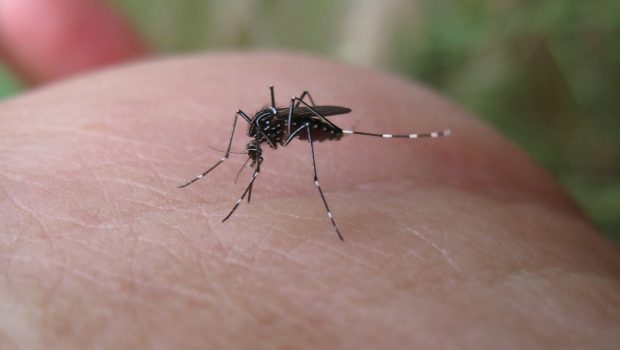 In the spirit of World Malaria Day on 25th April, Anna Ashton takes a look at progress on a cure for malaria.

Since the turn of the millennium, the number of deaths caused by malaria has been cut by a quarter worldwide. This is an impressive figure, but the battle is far from over. Despite recent advances in drugs, diagnostics and control measures, resistance to the drugs and insecticides that enabled this commendable progress is on the rise; with over 200 million infections and 600,000 deaths each year, malaria is still a force to be reckoned with. An effective vaccine would be an invaluable addition to the arsenal against this disease, so how close are we to seeing one in action?

Currently the most advanced malaria vaccine under development, RTS,S holds great promise. This vaccine has been in clinical trial testing for over a decade and in the pipeline since the 80s. The latest trial results show that it can reduce the number of cases in young children by nearly a half and in infants by a quarter. The ongoing trial is taking place at eleven sites across seven African countries and has involved 15,000 children, including babies aged 6–12 weeks and toddlers aged 5–17 months at first vaccination. They were chosen as the primary target population as they face the highest risk; about 90% of malaria deaths are in Africa and most are in children under 5. From the average incidence of malaria across the testing sites, researchers predict that the vaccination could prevent 941 malaria cases in 1000 vaccinated toddlers and 444 cases in babies, no small feat. The final set of clinical trial data is on track to be submitted to the European Medicines Agency later this year for approval. If all goes well the world could have its first approved anti-malaria vaccine by 2015 and it could be in use by 2016.

The vaccine is being developed by UK pharmaceutical giant GlaxoSmithKline (GSK), in partnership with the PATH Malaria Vaccine Initiative. GSK have publicly said the vaccine will be priced on a non-profit basis, saying they aim to make it affordable in the developing countries where it’s being trialled.

What took so long?

Malaria is infamously complicated. It is caused by a parasite with a complex life cycle; it can live in your liver, your blood and the stomach of a mosquito. This highly adaptive nature makes it a challenging target. Not only that, RTS,S will be the first approved vaccine against a human parasite; vaccines have so far targeted bacteria or viruses. Once successful, it has the potential to open up new possibilities in the anti-parasite field, just as the discovery of penicillin led to a plethora of antibiotics.

The development of RTS,S is indisputably a significant achievement, yet vaccines with higher efficacy are needed if elimination of malaria is going to be possible. Work is already under way on ‘next-generation vaccines’, which include vaccines that aim to reduce transmission of the disease. These could enable humans to transmit their immunity to the mosquitoes which are providing a growth haven for parasites and causing the disease to spread. It would work by triggering the production of antibodies in humans which block parasite development and could be passed on to the mosquito while feeding, thus preventing the growth of the parasite in the mosquito’s gut. The World Health Organisation (WHO) ‘Malaria Vaccine Technology Roadmap’ aims to have licensed vaccines with at least 75% efficacy against clinical malaria that are suitable for use in all malaria-endemic areas by 2030. In the meantime, reaching the original Roadmap’s target of having a licensed vaccine against Plasmodium falciparum, the deadliest malaria parasite, for children in sub-Saharan Africa by 2015 should certainly make a difference.

Malaria is one of the biggest causes of poverty in Africa, and a UK charity is asking you to put yourself in the shoes of people who are living with it daily by taking the Live Below the Line challenge to help raise money for the fight against malaria.

Featured image by John Tann (CC BY 2.0) at Flickr.