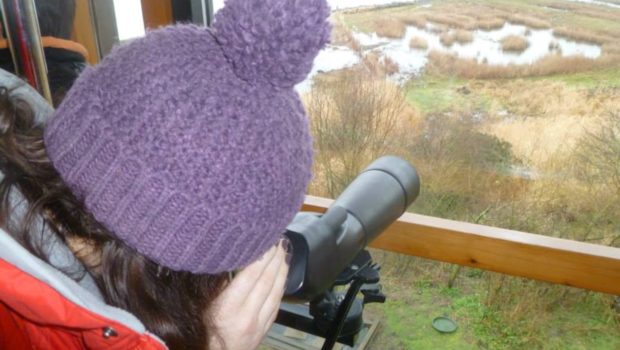 Conservation in the digital age

Olivia Bolton finds out about digital methods to tackle challenges of conservation at an interdisciplinary University of Aberdeen conference held to showcase and discuss progress in the field.

As a budding conservation biologist, a mere few weeks from graduating and entering the real world, the Digital Conservation Conference held in Aberdeen at the end of May was a unique opportunity to see how the field was developing, and to give me an insight into the challenges of real life nature conservation. The three-day event hosted some fascinating talks from conservationists, scientists and engineers, and I was fortunate to go along to one afternoon of talks.

Data: for programmers and scientists

I first heard a talk by Colin Macleod, a data analyst who explained how data entry and transcription error can have pretty serious implications when carrying out conservation projects. He hoped to develop digital technologies that would allow for onsite analysis, eliminating the dreaded situation of returning from the field only to realise that the collected data isn’t usable. This was followed by a group of scientists who were trying to use footprint identification technology to monitor a population of endangered Amur Tigers in North East China.

“Technology, in order to keep up with the demands of fieldwork, must be developed with conservation in mind.”

The keynote speaker of the session was Lucas Joppa, a scientist with Microsoft’s Computational Ecology and Environmental Sciences group, who heads their Conservation Science research unit. Initially I was dubious as to how involved a massive company like Microsoft was with conservation efforts, and whether it really was a priority for them or whether it was just an attempt to appear eco friendly. However, Lucas, a wildlife ecology and zoology graduate, explained, “Conservation is what I love, developing technology is what I get paid for”. He suggested that merely “riding the coat tails of consumer driven technology development” is not the way to go. Technology, in order to keep up with the demands of fieldwork, must be developed with conservation in mind.

The technology to which he refers is similar to that developed in the Mataki Project. The Mataki project is an open, low cost, wireless tracking platform. Microsoft has developed small lightweight GPS trackers to be used by conservationists — the devices themselves weigh about 7g and are smaller than a £1 coin. But the devices are not just incredible because of their size, they have a long battery life of about 18 months, they run on just two AA batteries and they use the social network of the ecosystem to collect surrounding data. By this, it means that the devices, when nearby to another device, share their information and store it on their individual hardware. This means that if you have 20 devices on different animals in one habitat, theoretically you only need to retrieve one device to record the data from all the devices. The implications of this are massive, and have the potential to make data collection in the field infinitely easier for researchers.

However, Lucas went on to explain the challenges of making technology developed at the research level suitable for deployment. While developing gadgets is at the core of Microsoft’s work, conservationists rely on the data collected using technology, and a malfunctioning device could have implications for the success or failure of conservation efforts. For Microsoft, a faulty piece of software is interesting, and warrants further development. For conservation biologists a faulty piece of software could mean losing 6 months worth of data collection.

“Conservation science is going to need to take a multi-disciplinary approach in order to develop its own technological solutions.”

Despite the problems that conservationists can encounter with technology in the field, it is evident that technology could close the gap between what we do and do not know about the natural world. Conservation science is going to need to take a multi-disciplinary approach in order to develop its own technological solutions. It should be understood that technology for conservation is still developing and there will undoubtedly be issues along the way.

Lucas concluded with a statement hard to disagree with; that the development of technology is probably not the hard part of integrating conservation and technology. He suggests that deploying the technology is where the real problems are; “The real trouble is when an elephant grabs a tracking device that’s covered in superglue”.

Olivia Bolton is a Guest Author. Our guest authors write articles for us on a wide range of topics and come from a diverse variety of backgrounds. If you would like to write for us then head over to our Get Involved section to find out more or get in touch via email.