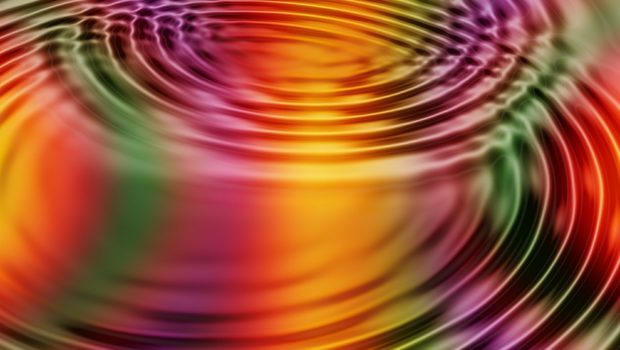 Can you taste the rainbow?

This Friday our new Editor-in-Chief Cara Green tells us about synaesthesia. Read on to find out more about how some people can really taste the rainbow.

A union of senses

Synaesthesia, known as a “blending of the senses” is a  condition in which the stimulation of one neurological pathway triggers an unusual instantaneous response which can be physical or mental. This can result in a myriad of misfiring sensations including tasting words and smelling numbers. Research suggests that 1 in every 2000 people have a form of synaesthesia, however this statistic is hard to quantify as many people don’t realise their cognitive perceptions are any different from others.

It’s all in your head From a neurological perspective, synaesthesia is the predisposition of an individual to have additional linkages between areas of the brain. Researchers have been able to see these supplementary connections through FMRI scans (functional magnetic resonance imaging), for example observing the “lighting-up” of the colour and language processing areas in grapheme->colour synaesthesia.

As with many conditions there is a nature vs. nurture aspect to synaesthesia. Stimulus frequency and lexical knowledge have been found to exert strong influences in at least one type of synaesthesia, lexical-gustatory (associating words with tastes).  It has been suggested synaesthesia arises from an interaction between genetic predisposition through extra pathways and environmental influences perhaps at key stages of language development.  Synaesthesia is known to run in families and the genetic aspect of the condition has been attributed to small changes in DNA leading to additional links in the brain.

Anecdotally many synaesthetes did not realise their cognitive experiences were any different to the norm, until they realised that others did not have them. Although most find their synaesthesia easy enough to live with and many think of it as a gift, in rare cases reports of sensory overload through their experiences have been seen.

Synaesthesia, known as a “blending of the senses” is a  condition in which the stimulation of one neurological pathway triggers an unusual response which can be physical or mental. This can result in a myriad of misfiring sensations including tasting words and smelling numbers.

Synaesthesia can occur between any two (or more in some cases) senses, in different intensities and forms. No two synaesthetes are the same. Although it is possible that any two senses can be linked, some of the more well-known types include seeing numerical sequences in space, sounds inducing body sensations, associating sounds with colours and tasting words. A more common form of the disorder is grapheme ->colour synaesthesia. This causes the individual to associate letters and numbers with the experience of colours.

Interestingly, though it is unlikely that two grapheme->colour synaesthetes will experience the same colours, regularities have been found. In 2005 neuropsychologists found an overwhelming number of synaesthetes experienced the colour red with the letter A and many other letters were found to have significant colour associations. The researchers suggested that these links may mirror the order in which colours are acquired in language development, with high-frequency letters correlating with more elementary colour distinctions.

I think I’ve tasted that number before…

James Wannerton, the president of the UK Synaesthesia Association, documented his form of lexical-gustatory synaesthesia by creating a tube map of London based on the tastes he experiences when he reads the names of the stations. He hopes this map will educate people on synaesthesia by improving understanding of how different people’s minds work.

During his time in London Mr Wannerton has developed some favourite tastes such as sausage and fried eggs at Tottenham Court Road, unfortunately there are some stations he tries to avoid, such as Kilburn which causes him to expexperience the taste of putrid meat. As well as tube stations, people’s names also come with their own specific tastes, Anne Boleyn tasted like pear drops and one of his previous girlfriends came with the taste sensation of melted wine gums.

As well as tube stations, people’s names also come with their own specific tastes, Anne Boleyn tasted like pear drops and one of his previous girlfriends came with the taste sensation of melted wine gums.

These extra associations allow many synaesthetes to recall things with ease. This was showcased in 2004 by Daniel Tammet who set the European record for reciting the greatest number of decimal places for pi. He associates numbers with colours which gives him extraordinary abilities in memory recall.

Maybe F. Scott Fitzgerald had synaesthesia, prompting this quote in All The Sad Young Men, “So he tasted the deep pain that is reserved only for the strong, just as he had tasted for a little while the deep happiness.” A sobering thought, but I think I’ll take my morning bus route with a side of crispy bacon please!