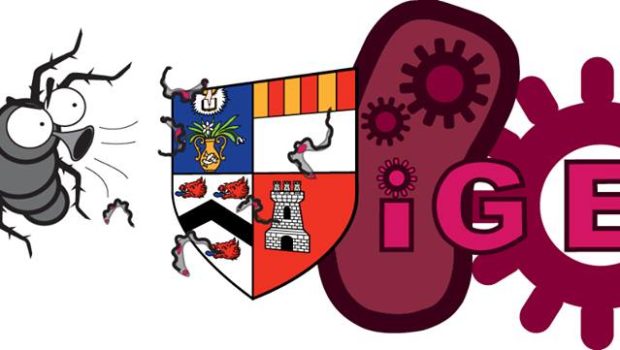 iGEM: Wake up to the sleeping sickness!

Welcome back to the second installation in our iGEM series, brought to us by Anamaria Cubja who is going to tell us all about what it is the team have actually been doing. Stay tuned for the next blogpost where we’ll find out how it actually went at MIT!

Wake up to the sleeping sickness!

Have you heard about sleeping sickness and seahorse shaped parasites?

If I mention tsetse flies, would most of you think of small insects which live in hot countries and transmit the most dangerous blood-borne parasites across masses of populations? If yes, you are more than right! Trypanosoma brucei gambiense are one of those death-threatening pathogens which use tsetse flies to multiply and cross-infect humans. The infective cycle follows a vicious pattern: infective trypanosomes first develop in the salivary glands of a tsetse fly and upon biting, the fly transmits the pathogen to a human; another fly bites this person, gets infected and transmits the parasite to a healthy person, continuing the process. The resulting disease has two stages:
a haemolymphatic and a neurological phase. During the first stage, trypanosomes enter the blood stream, lymph nodes and cerebrospinal fluid. During the second stage, they cross the blood-brain barrier and infect the central nervous system. If the first stage symptoms (fever, headaches and joint pains) are manageable by drugs, the second stage is not that easy to deal with: the parasite starts playing with every part of the brain, leading to poor coordination, changes in behaviour and disturbances in the sleep cycles (hence the name sleeping sickness). The latter stage can either lead to death or be controlled by highly toxic drugs.

Why did we focus on this?

According to World Health Organization (WHO), sleeping sickness is prevalent in 36 countries across West and Central Africa, with an estimated population of 70 million people being at risk and 7216 cases reported in 2012.

According to World Health Organization (WHO), sleeping sickness is prevalent in 36 countries across West and Central Africa, with an estimated population of 70 million people being at risk and 7216 cases reported in 2012.

The WHO and the Bill and Melinda Gates foundation put a lot of effort into targeting this disease. They even provided samples from healthy and affected individuals that could be used for research to eliminate the disease as soon as possible. What is the problem, then? Patient monitoring and diagnosis in Africa require highly-qualified staff, complicated procedures, transportation of heavy lab equipment between villages, need of freezers and microscopes, all of which are costly and exhaustive. Additionally, the current diagnosis test requires the infectious parasites to be cultured in laboratory rodents, which exposes staff members to high risk of infection. Even after this stage, some of the detection methods can result in low specificity and people living in deprived areas (where mass screening cannot be performed) die before diagnosis.

What did we aim for?

In continuation to Konstantin’s blog post, you might know already that we are a small team of undergraduates (6 people) studying at the University of Aberdeen. We are taking part in the 2014 international genetically engineered machine (iGEM) competition, a contest that focuses on solving real-life worldwide problems through the use of synthetic biology. After intense brain-storming discussions and lots of ideas, we decided on tackling the sleeping sickness problem. We therefore tried to design a thermostable, easy-to-use, cheap, safe and specific detection toolkit for trypanosomes, which could be manipulated by everyone. The work we did resulted in an innovative detection kit, which is composed of some friendly E.coli bacteria and some sugar to keep it alive!

How did we do it?

We thought of two simple things when we started: a pathogen and the antibodies released by our immune system to fight against that foreign parasite. When we knew that information, we wanted to use an E. coli based detection system to capture two specific antibodies at the same time. It then became more complicated, with the final aim being that only the successful detection of both antibodies would result in fluorescence, which would be equivalent to a real trypanosome infection.

How did it go?

Throughout the 10 weeks we worked on this project, we had lots of ups and downs: just science being science, I guess! However, using E. coli as a chassis was perfectly suited to our project, as the protein we manipulated to detect the immune response naturally exists in this host, diminishing any concerning GMO issues. We demonstrated our proof of principle concept, by using two different antibodies. We showed that our integrated system works, with both modelling and experimental data supporting our hypothesis. And we also developed a simple and very cheap green fluorescence protein detector to replace the use of expensive and heavy microscopes.

At the end of October, we are presenting our project in Boston, at Massachusetts Institute of Technology (MIT), so we have exciting times to look forward to! We are also finishing our team website, have a look at it, if you want to find out more about our project! During the summer, we lived the experience of a “mini-research” career and it was totally rewarding! We dare to say that our project has a huge potential for further research!

We dare to say that our project has a huge potential for further research!

Our E.coli based system could be used as a universal platform to insert short epitopes (mimotopes) that trigger immune responses. This could then be manipulated to develop and optimize several detection toolkits for a spectrum of diseases. Even more, the innate autotransporter protein (antigen 43), the core of our project, was recently used to develop a successful vaccine against tumorigenesis, which worked effectively in mice. This suggests that our detection system could be easily adapted to one of the first potential trypanosomiasis vaccine, which might be considered in the future for mass immunization against sleeping sickness!

Anamaria Cujba is a Guest Author. Our guest authors write articles for us on a wide range of topics and come from a diverse variety of backgrounds. If you would like to write for us then head over to our Get Involved section to find out more or get in touch via email. 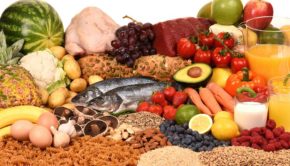