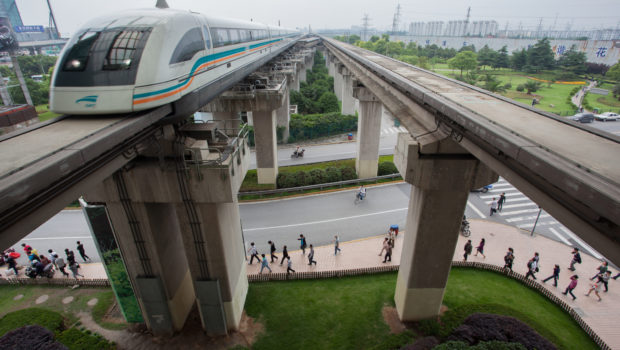 “We have 30 minutes of ratchet fighting in supermarkets, 15 minutes of bloody images of war and 20 minutes of sports. What are we doing in the two-minute long science section? I like that superthing. Super sounds good. They’ll love it.” — Every night news producer

Superconductors are one of those sciency-sounding headline makers with a scientific basis beyond the two-minute long explanation. In 1987, the first superconductor was discovered. It belonged to a class of crystalline materials known as YBCO and showed superconductivity when the temperatures were under -183 ᵒC.

Superconductivity is simply defined as having no resistivity to electrical current when the temperature is below a characteristic critical temperature, but anyone could argue that this can occur outside the phenomenon of superconductivity: let’s imagine a perfect metal with no defects at -273.15 ᵒC (the absolute zero), and it will have zero resistivity; or, to be more realistic, any nanostructure that can allow electrons to go through unimpeded (also known as ballistic transport) will, by this definition, also have zero resistivity.

Zero resistivity occurs outside the phenomenon of superconductivity

The second part of the definition of superconductivity that usually remains untold is that this is a gauge-symmetry breaking electronic phase in the material.

Every dynamical system is described by one or several equations of motions, and solutions to these equations being the system observable (measurable) properties. Gauge symmetry is the ability to change variables you use to describe the system without any effect on observable quantities.

In superconductors, the two associated observables are zero resistivity and the expulsion of a magnetic field (called the Meissner effect). This second one is the concept that flying trains follow (see diagram below), and happens before or after it goes superconducting. This differs from a perfect superconductor where a changing magnetic field would induce a current in the material (according to Faraday’s law of electromagnetic induction), and is the reason why we say that superconductors have their gauge symmetry broken.

Many people studying superconductors believe that by manipulating chemistry, structure, and interfaces, room temperature superconductivity can be achieved, albeit not necessarily in cuprates.

Diagram describing magnetic fields in a maglev (magnetic levitation) train by electrodynamic suspension. The superconducting coils placed at each side of the wagon (and cooled down with liquid helium to a few degrees above the absolute zero) allow the train to move thanks to repulsion with levitation and propulsion coils in the racks. By Yosemite (CC BY-SA 2.0) at Wikipedia.

Laura Toyos is a Guest Author. Our guest authors write articles for us on a wide range of topics and come from a diverse variety of backgrounds. If you would like to write for us then head over to our Get Involved section to find out more or get in touch via email.