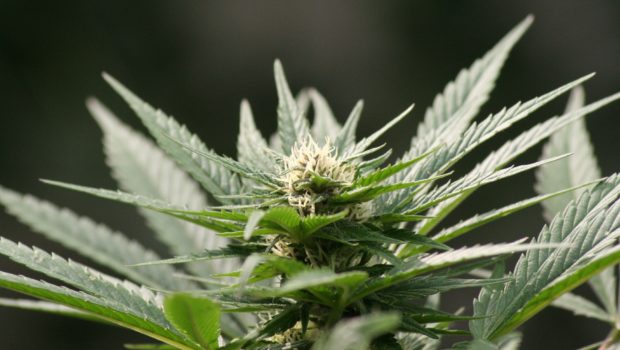 Recently, you may have noticed a lot of media coverage on cannabis regarding its potential to induce psychosis and its medicinal properties. BBC Radio 4’s PM programme has been covering some of the issues and debating the subject using #cannabisweek on Twitter and even Channel 4 News’ anchorman, Jon Snow, has been taking part in a scientific study by taking medicinal-grade cannabis to assess its effects on the brain. So why is this plant causing such a high level of interest? The cannabis plant is indigenous to parts of Asia. There are many chemotypes of the plant. This means that the plant can produce varying amounts or compositions of its natural chemicals, some of which are known as cannabinoids. For example, the form of cannabis used to produce hemp — a versatile plant fibre used for making ropes, fabrics or paper — has very low levels of the psychoactive chemicals. Different chemotypes are produced through varying growth conditions or by selective breeding.

THC and CBD: The Dual Personality of Cannabis

There are 104 identified phytocannabinoids. Tetrahydrocannabinol (THC) is the psychoactive component of the plant that can give you a high, make you anxious and impair your memory. Cannabidiol (CBD) has anti-psychotic effects and offsets some of THC’s negative effects. CBD along with other cannabinoids are being studied for their therapeutic potential.

A study investigating the link between the use of different types of cannabis and their association with psychosis, recently published in the Lancet, has been making the headlines. The research suggests that people who used skunk-like cannabis were three times more likely to develop a psychotic disorder compared to people who did not take cannabis. Furthermore, users of another type of cannabis, hash, were no more likely to develop psychosis than those who never used cannabis. So what’s the difference between skunk and hash? Hash is produced under the plant’s natural conditions and has roughly equal proportions of THC and CBD. Skunk has been bred to produce a higher THC content and contains almost no CBD; therefore the negative effects of THC are not counteracted by CBD as they are in hash.

Some argue that the link between skunk and psychosis is not causative but associative, believing that psychosis sufferers seek self-medication through choosing the form of cannabis high in THC. However, the findings from this study suggest that THC would cause psychosis and CBD may alleviate or prevent the psychotic effects of THC and therefore contradicts the “self-medication” theory.

A crucial flaw in the study, which the authors point out, is that the dose of the drug used is unknown. The reliability of the data is also questionable as the use of cannabis by the subjects of the study was self-reported retrospectively. It is also likely that there would have been some variability in the chemotypes within each of the types of cannabis studied.

Other research has already reported that cannabis is a risk factor for schizophrenia, but many remain sceptical. They believe that the association between the two could be down to a genetic predisposition to both schizophrenia and to enjoying cannabis. Another suggestion is that environmental factors, such as an abusive childhood, could increase the likelihood of a person developing schizophrenia as well as a cannabis habit.

If CBD inhibits the psychotic effects of THC, could it be a potential anti-psychotic treatment? Clinical trials have shown that CBD has similar anti-psychotic effects to current medication. Two cannabinoid-based medicines are already licenced. One, which is licenced in the UK, is prescribed to reduce spasticity in multiple sclerosis patients and the other, a THC-based medicine, produced synthetically, is licenced in the US as an antiemetic (relieves vomiting and nausea) for chemotherapy patients.

So cannabis use may be a risk factor to schizophrenia or other psychiatric disorders, but cannabinoids may be developed into safe and effective medicines to provide a therapy!

Elizabeth Hay is a PhD student in the Translational Neuroscience group at the Institute of Medical Sciences.