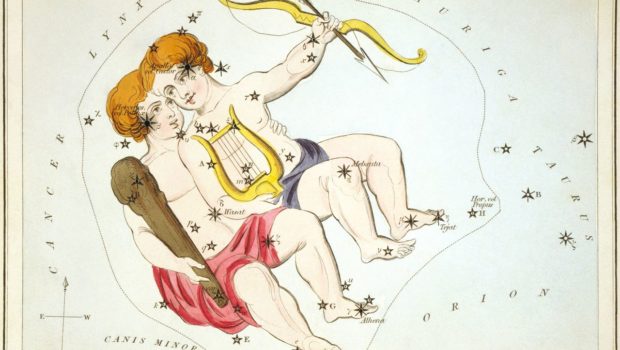 Two buns in the oven

I am set to become an uncle for the first time as my sister is pregnant with twins! They are due in July meaning that they are unlikely to be Gemini (which is thematically disappointing) but as with all pregnancies talk immediately turned to the gender.

As a student of Physics I wasn’t interested in any touchy-feely reasoning such the height of the carry or severity of morning sickness, no, what I wanted was birth statistics! So by collating recent data from the Office of National Statistics; of the 2,152,099 live births in England and Wales in 2011-2013, 48.7% were girls and 51.3% were boys. Less than 1.6% of women had a “multiple birth” of which 98.29% were twins, 1.68% were triplets and 0.03% were quadruplets or higher*.

So one might assume that to calculate the probability of each outcome we could construct a table and multiple the rates together as so:

And roughly two thirds of the time that would be correct with one of each occurring 50% of the time. However, about one in three pairs of twins in the UK are identical (monozygotic), as opposed to non-identical (dizygotic), meaning that they would have to have the same sex†. The sex ratio in monozygotic twins is 49.2% male to 50.8% female [1] and this significantly affects our probabilities leading to the final results as:

N.B. These probabilities are only correct for the “average twins” but as soon as you know they are either identical or non-identical then the rates change to those given in the text above.

TL;DR — Providing you don’t know if the twins are identical or not then the odds are near even for the three possible outcomes! If you know they’re non-identical then one of each is the most likely outcome at 50% but if they are identical then result will be two girls 50.8% of the time.

So what is the probability of becoming pregnant with twins in the first place? Well if we glance back at the stats of England and Wales it would appear that twins occur in 1.54% of pregnancies. However we must now draw a firm line between dizygotic and monozygotic twins as the phenomena are caused by two separate processes. Dizygotic twins are the result of two individual eggs being fertilised in the womb at the same†† time. This can happen when a woman hyperovulates (releases multiple eggs during one menstrual cycle) and it turns out there are a number of factors which can affect the likelihood of this occurring. There is an inherited predisposition to hyperovulate and as such daughters of dizygotic twins are more likely to conceive dizygotic twins themselves. A son of a dizygotic twin is not more likely to father dizygotic twins, however, as he himself can’t hyperovulate, but he can pass the trait on to his daughters. There is also geographical links that may be a combination of genetics and diet with the Nigerian village of Igbo-Ora producing twins in 5% of pregnancies while here in Aberdeen that rate was only 1.2% [2]. However it is modern medicine which can provided the most elevated rates as 1 in 4 conceptions from IVF treatment will lead to twins (with triplets at 1 in 22).

While there are many factors affecting the probability of conceiving dizygotic twins, the rate of identical twins is a near worldwide constant of 35 in every 10,000 pregnancies. This is because monozygotic twins arise due to the splitting of a single fertilised egg which then goes on to develop as two individual embryos. Because they come from a single egg, monozygotic twins have the same DNA whereas dizygotic are only as genetically similar as standard siblings. What causes an egg to split is unknown and seemingly random which is why the rate of monozygotic twin is a constant. Occasionally, following the split, there is a re-fusing by the developing stem cells and this can lead to conjoint twins. Another possibility is the formation of semi-identical twins by the fertilisation of a single egg by two sperm which then divides into two embryos. This is believed to be extremely rare with only one case ever being documented [3].

What if you don’t want to be a twin? Then you have but one option and that is to fuse with your fellow zygote in utero during the early stages of pregnancy and become a chimera! Sadly I don’t mean the monstrous, fire-breathing lion/goat/snake hybrid of Greek mythology but rather an organism composed of two or more genetically distinct cells. That is to say they have more than one set of DNA owing to their origin as two separate fertilised eggs. It is believed that chimeras are relatively common but it very unlikely for anyone to discover that they are one. There have only been a handful of documented cases in which it has come to light. The best known example is that of Lydia Fairchild in the U.S. in which she found herself interrogated by the Department of Social Services after a DNA tests had found that her children were not hers [4]. This is due to the DNA she passed on to her children being different from that found in the sample of her blood that was tested!

So in conclusion my sister is expecting a boy and girl.

*= These numbers include stillbirths. Incidentally the joint highest recorded multiple birth was nonuplets (nine babies) which occurred in Australia in 1971 and Malaysia in 1999. Sadly in both cases no child survived more than six days.

†= Actually there is an exception which involves a chromosomal defect in which a monozygotic male twin loses a Y chromosome and develops as a Turner Syndrome female. This is ignored in calculations as worldwide only ten cases have ever been confirmed.

††= The fertilisation can in fact happen days apart by separate copulations potentially leading to twin half-siblings (this is known as heteropaternal superfecundation). 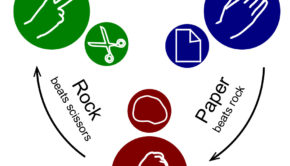 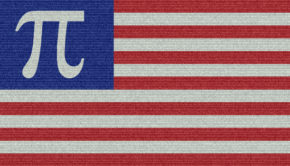