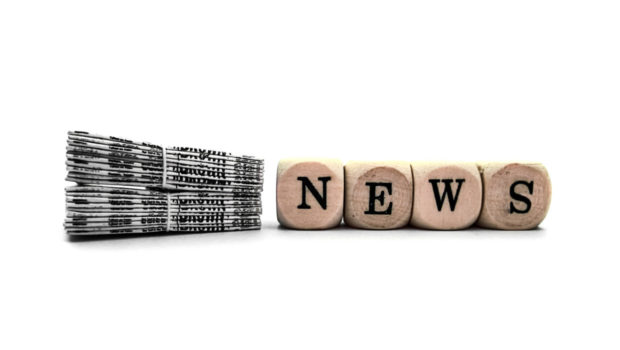 Highlights of the month’s science news and upcoming events in April, compiled by Anna Ashton. A study has been carried out by researchers from the University of Aberdeen to look at whether whale-watching poses a conservation threat. The research looked at the effects of whale watching on north Atlantic minke whales, as well as providing guidelines for evaluating the effects of wildlife tourism on the conservation of wildlife generally. The researchers studied whether repeated disruption of feeding caused by whale watching boats affected the reproductive success of pregnant females. The results suggested that the disruptions led to only negligible effects on the whales’ body condition and reproduction, as most whales encountered only a handful of boats during the feeding season.

A recent review has found that vitamin D supplementation is ineffective at lowering blood pressure. The systematic review involved researchers from the University of Aberdeen as part of a global consortium led by the University of Dundee. It involved analysing clinical trial and individual patient data from over 7,000 participants in total. It was previously thought that vitamin D could be used to help treat high blood pressure, however the study found that it had no effect on both systolic and diastolic blood pressure.

The University of Aberdeen has been granted £1.5 million funding by Cancer Research UK to study how tumours develop. The funding will support a five-year research programme led by Professor Anne Donaldson in the Institute of Medical Sciences. The research will study RIF1, a cell component that’s important for maintaining DNA and is known to play an important role in cancer. It is hoped it will lead to a better understanding of how cells become cancerous and the development of more effective treatments.

All events are free unless otherwise stated.

National event showcasing the year’s finest science images including a scanning electron micrograph of a greenfly eye and a clinical photograph of an elderly person’s curved spine. Adults: £5.75; children (4+): £4.50; concessions: £4.50

The Evolution of Music

Talks on the past, present and future of the Aberdeen Medico-Chirurgical Society, including an insight into the roles played by innovative medical Aberdonians over the years.

Professors Lora Heisler and Duff Bruce discuss the use of surgery to fight obesity.

Professor Ian Stansfield and Dr Rey Carabeo of the Institute of Medical Sciences explain how synthetic biology is being harnessed for disease detection.

We’d love to hear from you!

Do you have exciting news to report or upcoming events we should know about? If so, we’d love to hear from you, email us at news@ausm.org.uk.