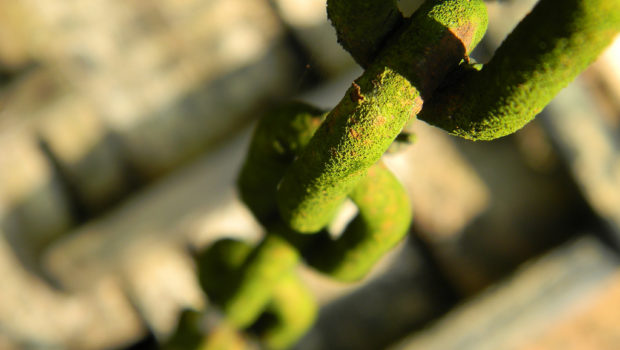 Are you ready for the fifth instalment of Payne’s Chain Reaction? As you may know by now this is a quiz with a difference; each answer links to the next forming a chain which can provide clues to any questions you get stuck on. The links range from as obvious as a shared word to more obscure facts and play-on-words. Finally, in the spirit of scientific research, collaboration is encouraged!

20. What was the sequel to BBC’s ‘Life on Mars’ entitled?

1. Of the seven original covers for the Harry Potter books, which is the only one not to show Harry?

2. In Disney’s Hercules (1997) what monster does Hercules fight after saving two children trapped under a rock?

3. Which of Marvel’s Avengers was The First Avenger?

+ answer
Nemo
+ link
Rogers and Nemo are both Captains

5. What name was given to the disputed zone between trenches during the Great War?

6. In order to escape the authorities, where did Radio Caroline broadcast from?

7. Referenced in The Simpson’s during Homer’s trip to space, which Waltz by Strauss plays over the closing credits of 2001: A Space Odyssey (1968)?

8. In Judaism, what is considered to be the holiest city?

9. After living The Simple Life who was arrested for drink driving before going on to look for her new BFF?

+ answer
Paris Hilton
+ link
Cities with syndromes named after them

10. Whose face is said to have launched a thousand ships?

11. Which lovers led the joint forces who were beaten by Octavian Caesar at the Battle of Actium? (Hint: they were his great-uncle’s ex-general and ex-mistress respectively)

12. Which star-crossed lovers were the first to be described as such?

13. What term is given to a masculine animal at the top of its social hierarchy?

14. What is the most well-known image on the ceiling of the Sistine Chapel?

15. What are the names of the four Teenage Mutant Ninja Turtles?

17. In what type of device would you find a subscriber identity module card?

18. What gambling term is given to someone whose expression hides their emotion?

19. According to the nursery rhyme sometimes referred to as My Fair Lady, what landmark is “falling down”?