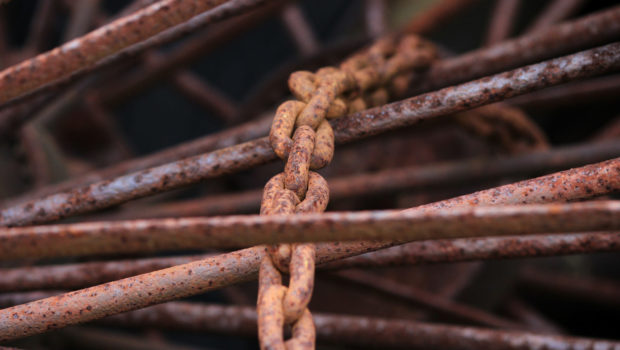 Welcome to the sixth instalment of Payne’s Chain Reaction! For those who don’t know this is a quiz with a difference; each answer links to the next forming a chain which can provide clues to any questions you get stuck on. The links range from as obvious as a shared word to more obscure facts and play-on-words. Finally, in the spirit of scientific research, collaboration is encouraged!

1. In which song featuring Ladysmith Black Mambazo does the refrain, sung in Zulu, roughly translate as “It’s not usual but in our days we see those things happen. They are women, they can take care of themselves.”? (Hint: She’s doing well enough to buy expensive footwear)

2. The “King of Rock ‘n’ Roll” lived in Memphis, Tennessee but who was he and what was the name of his mansion?

+ answer
Shaken not stirred
+ link
Elvis sang “All shook up“

4. What mental state is akin to Cabin Fever but sounds more like someone obsessed with spreading gossip?

5. By what nickname was saxophonist Charlie Parker known?

+ answer
Bird
+ link
‘Stir’ and ‘bird’ are both slang for prison

6. If Kim and Kanye’s daughter endorsed an eponymous fragrance, what would it be marketed as?

8. Which Disney princess goes by the alias “Briar Rose”?

+ answer
Sleepwalking
+ link
Aurora is the Princess in “Sleeping Beauty“

10. Which studio’s logo is a boy fishing from a crescent moon?

11. Which 2010 children’s film’s main character is named after a diaphragm spasm?

12. What fractal pattern can be formed by repeatedly folding a strip of paper in half in the same direction and then unfolding it such that each section makes a right angle with its neighbours?

13. In which 1993 Spielberg film would you find a Central American island inhabited by dinosaurs?

14. In which 1912 Conan Doyle novel would you find a South American plateau inhabited by dinosaurs?

15. Until the remake of “The Jungle Book” is released, what is the only film to have starred both Bill Murray and Scarlett Johansson?

16. In 2009 Prawo Jazdy was wanted by police after committing numerous traffic offenses throughout the Republic of Ireland, why was he never caught?

17. Which James Bond film was the first not to use the title of an Ian Fleming story? (Hint: Timothy Dalton was Bond)

18. What type of bird, found in the Americas, is known for mimicking the songs of other birds?

19. In cricket, what name is given to a lower-order batsman brought on to defend the loss of a wicket near the end of the day’s play?

20. In terms of human characteristics what is the colloquial opposite of an early bird?