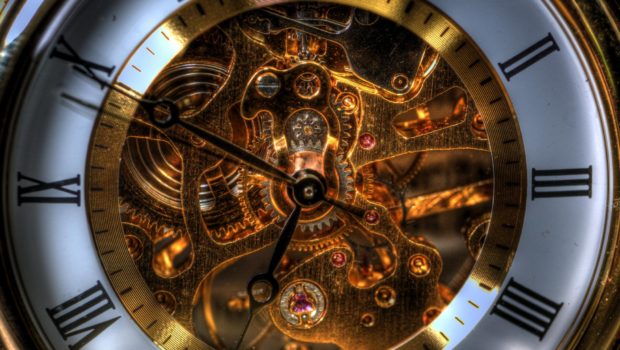 “Great Scott!” It’s Back to the Future Day!

Picture the scene: it’s a quiet town street at 4:29pm on October 21st, 2015. You’ve just jumped off your hoverboard, checked your Nike self-lacing shoes are still fastened, and you’re off to have a Pepsi Perfect before you see the exciting new release, “Jaws 19.” Suddenly, there are three large flashes in the sky, and a DeLorean screams into view, its exterior covered in frost. This is no ordinary DeLorean – this car is powered by plutonium, with a nuclear reactor providing the giddying 1.21 gigawatts of energy needed to power its flux capacitor, and it has come all the way “Back to the Future”, from 1985!
Still with me? If not and you have never seen the “Back to the Future” movies, please go watch them before continuing (you can probably leave the third one till later).

The day has finally arrived!

It’s the date on which Marty McFly arrives in the future at the start of “Back to the Future II.” He’s transported through time by Doc Brown of the future, who now has a pretty snazzy modified DeLorean that’s even better that the one that took Marty back in time in the first movie. Ok, so maybe 2015 hasn’t quite delivered on hoverboards (yet), and the “Jaws” franchise didn’t make it to a 19th movie, but the movies weren’t far off on a few things. We have screens everywhere, we can pay for things using fingerprint recognition, and Doc’s augmented reality visor isn’t too far off the concept of Google Glass for example. However, other than “where’s my hoverboard?” the main question still arises…

Theoretically speaking, the answer is ‘yes,’ and it’s not a new idea either, but the reality is far removed from how time travel is depicted in the movies. Einstein’s theory of special relativity is around 100 years old, and shows us that appearing to travel forward in time is, in theory, actually fairly simple. Loosely speaking, time passes at different rates for people who are moving relative to each other, although the effect only becomes noticeable close to the speed of light – this is sometimes explained by use of the “twins paradox” thought experiment. If one twin leaves Earth on a spaceship that is travelling at an appropriate fraction of light speed before returning, they may find that while only a few years have passed for them, many years could have gone by on Earth. The twin who had gone into space would therefore find themselves much younger than their twin on return: the younger twin would thus appear to have travelled into the future. The Doctor has a New Ride by Rooners Toy Photography (CC BY-SA 2.0) at Flickr.

Creating the impression of travelling back in time, however, presents a problem – it would mean travelling faster than the speed of light. Never fear, Einstein may have given us a solution in general relativity. While special relativity assumes an inertial reference frame in gravity-free space, his theory of gravity brings together space and time to form “space-time”, which curves where mass is present, and ultimately allows for the possibility of wormholes. Theoretically speaking, if both openings of a wormhole were moving relative to one another, someone could travel between two different points in space, and also to a different time relative to the point that they left. The wormhole theory is slightly limiting, in that one could only travel back in time to the point that the wormhole was created, so unfortunately it’s not quite as simple as setting the clock on your time machine for 1955 (spoiler alert, but seriously, watch the first movie) and arriving in the past, calling yourself “Calvin Klein” and saving your parents’ teenage relationship.

Still on the subject of wormholes, theoretical physicist Kip Thorne – known for advances in gravitational and astrophysics – through partial unification of quantum physics and general relativity suggests that any wormhole allowing time travel would collapse as soon as it was formed, making it impossible to travel back. Thorne also resolved the issue of the “grandfather paradox,” first named by science fiction writer Nathaniel Schachner in 1933, which presents the theory of a time traveller going back in time and killing their grandfather, ultimately meaning that the time traveller was never born. The paradox arises because if the time traveller was never born, then they couldn’t travel back in time to kill the grandfather, meaning that they would still be born after all and be able to travel back in time… etc. Really the paradox is the elimination of the cause or means of travelling back in time, and isn’t specific to grandfathers. Thorne calculated that simple masses travelling through wormholes showed no initial conditions that led to paradox once time travel was introduced. Of course, if we adopt the “many worlds” interpretation of quantum mechanics, we can create any number of parallel universes with any number of outcomes if we move between them. Despite this, the fact remains – we still couldn’t choose two points in time and space to move between at will meaning that, for the moment at least, elective time-travel in a nuclear powered DeLorean probably isn’t a reality. Oh well, maybe in another thirty years… Zoe McKellar is a post-graduate researcher in Geology.