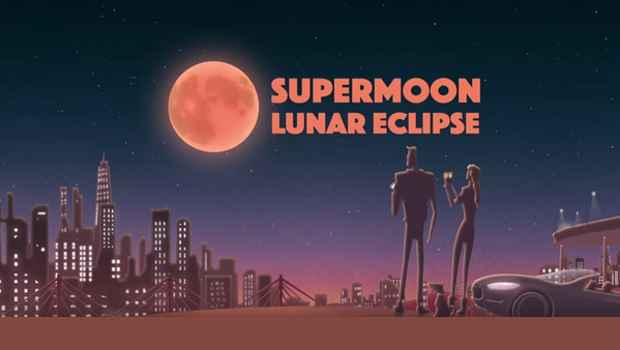 It’s been an exciting month up there in the lunar orbit. Ahmed Nasar explains why.

If you looked at the moon over the course of a few weeks, you would probably realise that it looks slightly different every day. The change in its shadow is based on where the moon is in its orbit. We call this cycle the phases of the moon, and it occurs roughly every month.

At least twice a year however, the moon enters the Earth’s shadow — this is known as a lunar eclipse, which only occurs on full Moon nights. Surely though, you must be wondering; all the fuss caused last week could not have been over an event which can occur at least twice a year.

So what was so special about last month’s event?

The path of the Moon around the Earth is elliptical, and the Earth is not at the centre of the Moon’s orbit. This means that at one end of the ellipse the Moon would be much closer to Earth than if it were at the other end. The point on the Moon’s orbit which is the closest to Earth is known as the Perigee and it is when the Moon lies on this point where it becomes a SUPERMOON. In fact, at its Perigee the moon appears to be 14% larger than usual!

The last time a supermoon occurred was in 1982, and we won’t see any more of this rare phenomenon until 2033.

So you might have figured it out by now… In order for a Supermoon Lunar Eclipse to occur, not only must there be a lunar eclipse, but there must also be a Supermoon… well done! Essentially, this is why we don’t observe this event very often… there are a few other ‘conditions’ which must be met, but let’s stick to the basics. According to NASA the last time a Supermoon Lunar Eclipse occurred was in 1982, and we won’t see any more of this rare phenomenon until 2033. The moon as it appears during a total lunar eclipse, commonly referred to as the ‘blood moon’. Image by Alfredo Garcia Jr at Wikipedia.

Now, you might be wondering if the moon is covered by the Earth’s shadow (which is what happens in a lunar eclipse), why does it turn red?

When light from the sun goes by the side of the earth, it passes through a thick layer of the Earth’s atmosphere. Shorter wavelengths of sunlight, like blue, are scattered by the atmosphere, so by the time the light has reached the moon, more of the longer wavelengths like red are left over.

As the eclipse ends, the moon leaves the Earth’s shadow and returns into its normal colour, brightening and resuming its original cycle. Overall, the whole process lasts from a few minutes to a few hours, so you would have had to be quick if you managed to see it.

For those of you who are keen to know how the Moon ‘enters’ the Earth’s shadow, I haven’t let you down… keep scrolling!

First, the moon passes through the penumbra — where the sun’s light is partially obscured. This results in only a slight darkening of the moon. As the moon continues along its path however, it enters the umbra, where ALL direct light from the sun is blocked. As the eclipse ends, the moon leaves the umbra, returns into its normal colour, and then leaves the penumbra to continue normally with its cycle.

I’m sure you’ve seen the Blood Moon pictures go viral on the social media, but maybe now you can show off your knowledge about how it happens! Although you probably won’t need to until another 18 years…

Solar and lunar eclipse diagram by Tomruen at Wikipedia.