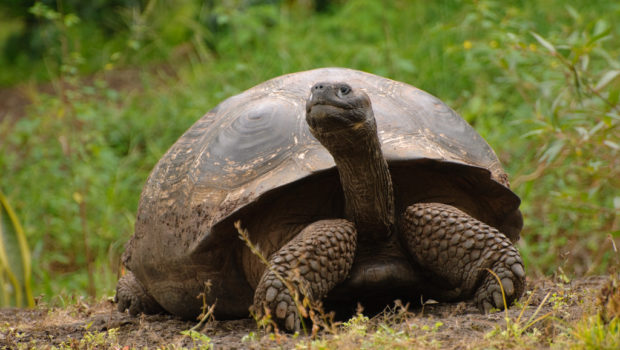 New Tortoise on the Block

You’d be forgiven for thinking that a giant tortoise would find it pretty hard to hide, but that’s exactly what an entire species has managed to do until Yale Scientists discovered them hiding in plain sight after years of research. The population of around 250 tortoises has been identified in Ecuador’s Galapagos Islands, on an arid inland area of Santa Cruz Island, and is so distinct from other species on the island that scientists have assigned it its own species, Chelonoidis donfaustoi.

The range of the species is partly protected, but it is hoped that its discovery will increase efforts to stop the spread of agriculture from spreading into unprotected portions of its habitat. Donfaustoi is also the first tortoise species to be named after a person from Ecuador, honouring former Galapagos National Park Ranger Fausto Llerena Sanchez, or “Don Fausto” to those who knew him. Don Fausto retired in 2014 after dedicating 43 years of service managing the captive breeding programme for tortoises at the park.

Wildlife Biologist Tom Fritt, now retired from the US Geological Survey, was the first to suggest that the inland tortoises, located some 20 kilometres from the main population, may in fact represent a separate species.

Wildlife Biologist Tom Fritt, now retired from the US Geological Survey, was the first to suggest that the inland tortoises, located some 20 kilometres from the main population, may in fact represent a separate species. Fritt, known for his work on evolutionary divergence of Galapagos giant tortoises, cites the geographical separation of the two species as his initial source of intrigue, as opposed to appearance or morphological differences between the individuals. After suspecting a distinction between the two species for around ten years, Yale scientists have reliably separated the two after years of genetic research, identifying 25 mitochondrial DNA mutations. Furthermore, samples of highly variable regions of nuclear DNA called microsatellite loci were obtained from 51 tortoises from both groups. When plotted against each other, these loci identified two clear clusters that correspond to the two populations.

Using thousands of samples from the past 20 years the team has also constructed a tortoise family tree, and have found that the closest relatives of C. donfaustoi live on an entirely different island in the Galapagos. This leads them to suspect that the island of Santa Cruz was colonised on two separate occasions. The new discovery brings the tally of giant tortoise species on the Galapagos to 12 showing that, almost 200 years since Charles Darwin’s arrival in the archipelago, the diversity of life that they host is still being discovered, showing that slow and steady does indeed win the race.

Featured image is Chelonoidis nigra porteri, a now close cousin of the newly identified Chelonoidis donfaustoi species. By oliver.dodd (CC BY 2.0) at Flickr. 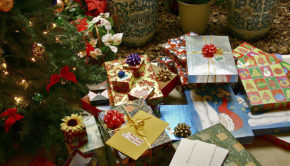 Not (yet) on the High Street: Five Scientific Stocking Fillers for the Future →