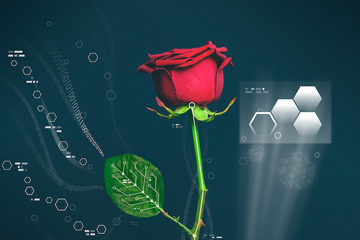 After a busy week last week, Aberdeen is showing no sign of slowing down! This week in science we have a considerable research award, a new cancer task force and a new event series coming to Aberdeenshire.

The internationally renowned Aberdeen Fungal Group has been awarded almost £2.5 million to investigate how Candida behaves in the body and the how it causes thrush in both ill and healthy people. The bulk of the funding for the five year project comes from the UK Medical Research Council as a Programme Grant, led by Professor Al Brown. Professor Brown says, “This five-year project addresses the yeast Candida with which we have a fractious relationship… This award will allow us to explore this uneasy relationship, and in particular, how this yeast becomes a moving target for our immune defences.” The research team includes individuals from Aberdeen, and the Netherlands, as well as the Director of Discovery Medicine at GlaxoSmithKline, Lars Erwig, who is also an honorary professor at the University of Aberdeen.

In addition to recently having an article published in a special issue of Elsevier’s Seminars in Cancer Biology, Dr Janice Drew of the Rowett Institute is part of a task force investigating how to combat untreatable cancers. Dr Drew joined around 180 other scientists from across the globe, brought together by the Canadian group, “Getting to Know Cancer,” forming interdisciplinary teams who nominated a series of 74 high-priority molecular targets for chemical treatment. Dr Drew contributed to a team tasked with investigating issues related to cancer cell metabolism, related to her research interests of diet, obesity and cancer. Speaking about how pleased she was to be involved in the project, Dr Drew says, “The taskforce found that combinations of a significant number of non-toxic chemicals, many of which can be found in plants and foods, may help us treat advanced and untreatable cancers and also address the problem of relapse.”

This month sees the first in a series of events in Aberdeenshire. The University of Aberdeen will combine forces with the Cromar Future Group and Satrosphere to bring family activities and popular science talks to the village of Tarland, located just NW of Aboyne. Building on the success of the popular “Café Scientifique” monthly series held in Waterstones, the programme was launched in Tarland’s MacRobert Hall on 18th November and will run events monthly. The first University of Aberdeen delivered talk will take place on 16th December, given by Professor Dame Anne Glover based on her experience of European space exploration as Chief Scientific Adviser to the President of the European Commission, and will also tie in with Tim Peake’s mission to the International Space Station.

“Rose” Against the Machine

And now for something completely different… Scientists at Linkӧping University, Sweden, have created a cyborg flower. The roses contain self-assembling electronic circuits threaded through their vascular systems. The tiny electronic polymers are injected into the plant, where they self-assemble due to the internal structure of the rose. Study co-author Magnus Berggren, an electronics researcher at Linkӧping University explains, “In a sense, the plant is helping to organise the electronic devices.” It is hoped that the method could one day lead to the development of self-monitoring plants.