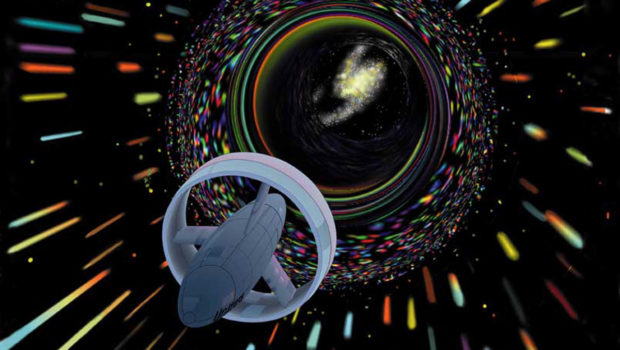 How To Time Travel

Time travel is an idea that we often dream of as children and completely abandon as adults. However, with our advancements in science and technology could we make time travel — the emblem of all fictional stories — become a reality?

Now that I’ve revived your childhood memories, let’s crunch down on the more serious stuff… wormholes, space-time and Einstein’s theories.

The idea of time travel became theoretically plausible in 1935, when Albert Einstein and Nathan Rosen were investigating the solutions to Einstein’s equations of general relativity. The theory of general relativity predicted the existence of black holes; regions of space with very large gravitational fields that nothing can escape them. However, the same equations also pointed to another solution that was observed by Ludwig Flamm, who proposed that at the other side of a Schwarzchild black hole (a form of black hole) there lies a white hole. A white hole behaves in the exact opposite manner to a black hole – it pushes everything out and allows nothing to enter. This second solution was mathematically confirmed by Einstein and Rosen and was named the Einstein-Rosen Bridge… which some of you might know as a wormhole.

To understand what a wormhole is, imagine a piece of paper with two dots some distance apart. The path between the two dots could be imagined as a tunnel or a wormhole. Until now, there is nothing special here. However, when you take into account that the path between the two holes gets shortened so much (due to the large gravitational fields of the holes) that eventually the ‘paper’ gets folded, the final distance between the two dots dramatically decreases. Imagining the situation with the over-simplified ‘paper’ analogy doesn’t allow you to fully grasp what’s happening. Because this piece of paper is actually a four dimensional medium of space and time, this means that the wormhole is a passage not only through space but also through time. Stephen Hawking and other prominent scientists hypothesized that wormholes could therefore be used to travel through time. 2D representation of a wormhole by Michal Maňas (CC BY-SA 3.0) at Wikipedia Commons.

So what’s stopping us from travelling through time?

Firstly and very bluntly, we haven’t observed any wormholes and their existence remains in the genre of science fiction. On theoretical grounds however, we can predict what problems we would face if we were to travel through wormholes. Wormholes are predicted to be very unstable and would collapse inwards shortly after they come to existence.  To prevent them from collapsing, scientists have speculated that negative energy could be delivered into the wormholes in the form of exotic particles. This would ‘push back’ against the wormhole’s contraction and allow it to exist for loner time periods.

Finally, there are some bizarre paradoxes that arise when thinking about time travel. For example, what if a man went back in time to a date before his parents were born and killed his own grandfather? Without the grandfather, the man’s father wouldn’t have been born and therefore the man himself would never have existed. Although this paradox only suggests that travelling back in time is impossible, it says nothing about going the other way…

Featured image is an artists’ depiction of time travel by wormhole. By Les Bossinas for NASA.