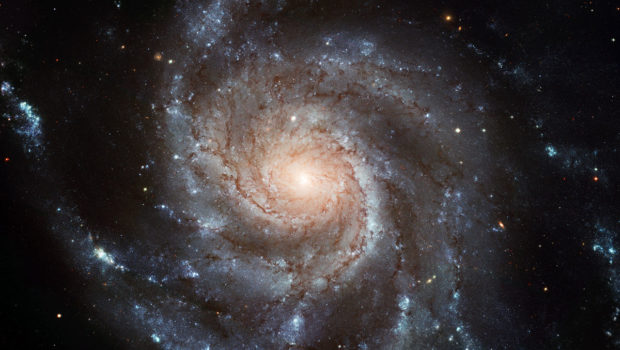 If you’re a physics enthusiast, you’ve probably heard that everything humankind has ever observed (with all of our fancy instruments and telescopes) adds up to less than 5% of the Universe. Rightly so, you may ask how we might even suspect that there is more to the universe than what we see. Well… let me show you.

The genius in Edwin Hubble

In the 1980’s, it was agreed amongst the physics community that, albeit in an expanding universe, gravity’s attractive force pulls inwards all matter, resulting in a slowing down of the expansion. Although no signs of this were observed, the logic behind it seemed to be flawless. However, the work of Edwin Hubble in the early 1900’s changed the way we think and brought light to a problem in physics that is far from being solved.

The Hubble Space Telescope, launched in 1990, supported Edwin’s work to show that light from distant galaxies is not only red-shifting (meaning the galaxies are moving away), but also increasing in the red shift with increasing distance. This meant that, contrary to old reasoning, the universe’s expansion is accelerating rather than slowing down! We agreed that gravity slowing down the Universe’s expansion made perfect sense… but now that we know the Universe’s expansion is indeed accelerating, what is pushing against gravity to cause this acceleration? It has to be some sort of energy pushing outwards, originating from a source we cannot see. Let’s call this dark energy, and let’s leave it at that… for my and your benefit!

From here, things only get more complicated. What’s the matter, you ask?

When we calculate the mass of the millions and billions of stars that make up galaxies, it becomes clear that the gravity of this matter is not enough to keep the stars held together. In fact, with the mass of the visible matter, it is more likely that the stars would be scattered all around the universe. This concludes that there must be something lurking in between the stars, adding more mass to their clusters and making it possible for them to stick together. We can’t see this additional mass though… so let’s call it dark matter, shall we?

Although these ideas may seem a little bit absurd, we are actually pretty sure that we have got the basics right and here’s why…

According to Einstein’s theory of general relativity, the more mass an object has, the more it distorts the light passing around it. By studying the distortion of the light emitted by distant galaxies, we can calculate that there must be some extra mass between us and them. However, because we can’t see this mass, we cannot tell what it is made up of, but we can predict how much of it there is, and that adds up to 25% of the dark universe; meaning the remaining 70% is occupied by dark energy.

Disclaimer: Of course, there are theories for where dark matter and energy originate from, but these were not mentioned to keep this an easy read! If you’re really keen, I think this NASA website provides the most digestible summaries of these theories.