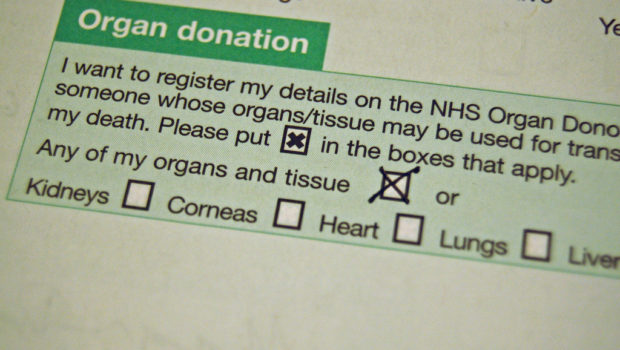 Head transplants – the work of science fiction, or an exciting scientific possibility?

Whatever your opinion, this slightly gruesome Frankenstein theory is about to be put to the test later this year, when Italian neurosurgeon Dr Sergio Canavero boldly plans to undertake the world’s first human head transplant.

Yes, you heard that right.

But don’t be fooled into thinking head transplants are a new idea to science. Back in the 1950s, the first documented transplant procedures were carried by Soviet transplant surgeon Vladimir Petrovich Demikhov. Demikhov famously grafted the head and forelimbs of a donor poppy onto an adult recipient dog, resulting in the creation of two-headed dogs. Unsurprisingly, none of his “creations” lasted more than a few days.

Despite Demikihov’s questionable ethics, this pioneering work in transplantation inspired American neurosurgeon Robert White to attempt the first highly controversial head transplant on monkeys in the 1970s. While these monkeys were able to see, hear and smell and breathe independently, they survived for only a few hours or days at most. One of the biggest hurdles in White’s surgery was his failing to fuse the spinal cords between the two animals, a procedure at the time that was seemingly unimaginable, stretching the boundaries between science and science fiction.

Even in the face of these slightly dubious and somewhat unsuccessful surgeries previously undertaken in animals, Dr Canavero is bounding full speed-ahead with the rather far-fetched notion to become the first neurosurgeon to undertake a successful head transplant within humans!

So what main hurdles will Dr Canavero face in this gruelling surgery?

One thing Is for sure, this won’t be plain sailing. Obstacle number one will be, in blunt terms, to keep the head alive. From the moment the head, or any tissue for transplant is removed, it begins to die. Surgeons overcome this by keeping the tissue at ultra-low temperatures, known as cryopreservation, in order to reduce the amount of cells energy need to survive. Just earlier this year, Canavero reported to have successfully transplanted the head of a mouse onto a rat, which he kept alive for several days. Canavero’s claim was that as long as he was able to maintain a constant supply of blood to the severed head prior to transplant, he was able to keep the tissue alive long enough to survive. So far so good, right?

Well obstacle number two will be to overcome the body’s natural defence systems, which will act to repel the foreign head through activation of the immune system. This is commonly done in surgery through immunosuppression; the administration of drugs which act to reduce our innate attack against foreign tissue. These are commonplace in single organ transplantations (such as lung, liver, heart), although undoubtedly the head itself is a more complex tissue, and risk of rejection is certainly very high.

And so we reach obstacle number three. As proven earlier by White in the 50s, repair of the spinal cord is an incredibly intricate, if not impossible procedure at the moment. If Canavero wishes to succeed in his transplant, he will have to successfully fuse the spinal cord to allow the brain and body to communicate effectively – a concept which provides much doubt amongst the scientific community. Canavero aims to use a specifically developed ultra-precise knife to cut the spinal cord, whilst causing minimum damage to the nerves. Canavero previously spoke out during his TEDx Talk (see here https://www.youtube.com/watch?v=FmGm_VVklvo), in which he additionally aims to use a “special biological glue” to fuse the delicate nerve endings of the spinal cord together. But with no clear evidence of his success so far, it not hard to see why he has infamously been hailed the new “Dr Frankenstein”.

So what does the future hold?

Despite the outlandish claims and mind-boggling scientific hurdles to overcome, Dr Canavero is on date to carry out the first human head transplant by the end of 2017. And if all this is not enough to go over your head (pun intended), Dr Canavero is set to raise the bar even higher with plans to “wake up” cryogenically brains, and insert these into the bodies of patients with hopes to bring them “back to life”. For some, this may definitely be the stuff of horror films!

Science or science fiction, Dr Canavero is undoubtably undertaking massive leaps with moving forward in medical science. And I don’t know about you, but I’ll certainly have my head glued to the (computer) screen in the coming months….

Anna Cranston is a Guest Author. Our guest authors write articles for us on a wide range of topics and come from a diverse variety of backgrounds. If you would like to write for us then head over to our Get Involved section to find out more or get in touch via email.