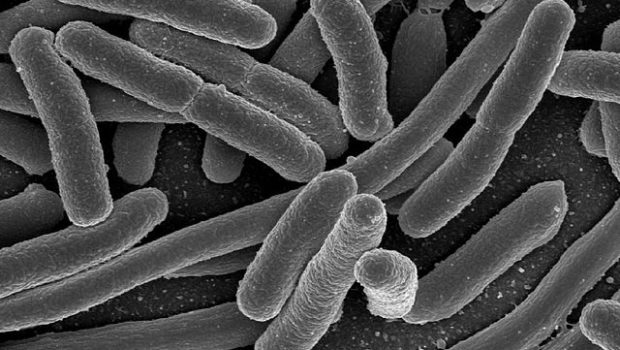 The human race – it is like a universe full of enigmas, which we have strived to unravel for hundreds of years. What shaped us into who we are today? How did we survive in this complicated world as individuals? And as a society?It was the incorporation of mitochondria, the power factories that provide our genome with energy, into our cells around 1.5 billion years ago, that helped mammals win the battle for dominance and become subjugators of nature.

The organisms lacking mitochondria, such as bacteria and fungi, seemed to remain simplistic and thus were surpassed and left in behind in nature’s battle for dominance. It seemed so for a long time, but studies of microbiota have made us look at this topic from a new angle. It is a fact that our intestinal tract is colonized by approximately 100 trillion bacteria, which put together would take up as much space as a human brain. These microbiotas are constantly operating and produce a tremendous amount of active substances, some of which affect our brain, even to an extent of controlling strong emotions, such as desire and love.

“I have again and again been faced with the mystery of love and have never been able to explain what it is”, said the founder of analytical psychology Carl Jung. Look no further, since your gut offers answers. You must be wondering by what means your stomach could ever play a role in your love life. It all comes down to the gut-brain axis, a bidirectional link between the central nervous system and the enteric nervous system, governing the function of the gastroinintestinal tract. Most of us are familiar with oxytocin, the molecule of “love” and “happiness”, which is based on its psychotropic properties and regulation of behaviour. The sense of attachment we feel to our loved ones is in part due to our brain releasing this hormone. Oxytocin receptors are expressed throughout the gastrointestinal tract, and thus far L. reuteri, one type of bacteria that inhabits our gut, is the only one known to upregulate endogenous oxytocin. This may indicate that the community of microorganisms that resides in our gut is involved in altering our feelings.

The mystery of the enteric nervous system and our microbiota, or what could be called the  “second brain”, evokes a great deal of questions and continues to puzzle experts. Why does our “cardinal” brain need an additional source of neurotransmitters? Could our “second brain” be the predominant source of neurotransmitters during the time when the cerebral cortex is still actively growing and building unique neural connections that contribute toward our consciousness? If we assume that the polyvagal theory of Stephen W. Porges is correct, the interaction between our brain and gut happens through the ventral vagal complex, involved with aspects of social contact, such as eye contact and speech. If so, is it in charge of maintaining our social and cognitive skills, one of mankind’s mechanisms of survival as a group? This undeniably provokes a lot of interesting questions which require further observation and research in the future.

Alexandra Kruglikov is a Guest Author. Our guest authors write articles for us on a wide range of topics and come from a diverse variety of backgrounds. If you would like to write for us then head over to our Get Involved section to find out more or get in touch via email.