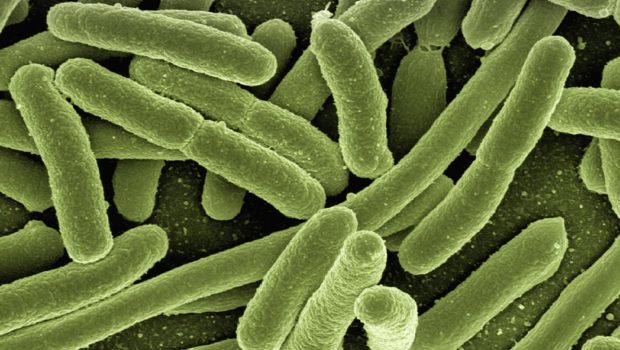 Scientific estimates vary however the consensus is that the ratio of human to microbial cells in our body is between 1:10 and 1:1 with more recent studies tending towards the latter. Bacteria and other microorganisms therefore constitute a significant portion of our autochthonous, i.e. native microbial population, and can influence our health and wellbeing. The functions of our autochthonous microbial population includes the calibration of our immune system, production of various vitamins, breakdown of materials that are indigestible by our own bodies and the prevention of gut colonization by pathogens (disease causing bacteria). This deep and complex co-dependent relationship between the microbiome and its host organism means they are viewed as being inextricably part of one ecological unit known as the ‘holobiont.’ Any dysbiosis, or imbalance, in the holobionts microbial species has been linked with serious medical conditions such as diabetes and obesity.

To understand the impact of the gut microbiome on our health we must establish how we acquire microbial colonization and what factors affect its development throughout our lives. We initially inherit our microbial ecosystem from our mother during birth. The birth canal is specifically primed to deliver a large complement of maternal microbes to the new born baby. The microbiome of infants reach the diversity levels of adults at around 3 years of age. Interestingly it has been shown that individuals born by caesarean section are exposed to fewer maternal microbes and have an increased susceptibility to infectious and allergic disorders such as asthma, obesity, celiac disease and type 1 diabetes. Furthermore, the prebiotic compounds in breastmilk help select for and induce the colonization of beneficial bacteria in the infant gut. By contrast, formula fed babies had a lower diversity of bacterial species including an overrepresentation of C. difficile which is a highly dangerous bacterium known to cause diarrheal infections. Research suggests that the careful nurturing of a beneficial microbial environment in a child through infant microbial inoculation in the birth canal, the intake of breast milk and other co-factors, are essential for healthy immune and metabolic development.

Dysbiosis (imbalance of microbial species) may occur because of environmental or dietary factors. However due to limited research with often inconclusive results, it is difficult to produce meaningful nutritional guidelines to prevent dysbiosis. Research has shown that different diets lead to the dominance of different bacterial species in the gut with dietary fibre intake significantly influencing gut bacteria. Broadly speaking, a low fibre diet combined with a high intake of fat and protein tends to result in a microbial gut environment dominated by bacteria of the genus Bacteroides whereas a high fibre diet results in a gut ecosystem dominated by bacteria of the genus Prevotella. One of the reasons why just a single dietary component such as fibre may have such a significant impact upon our gut ecosystem is that hydrolytic bacteria break the fibre down into simpler oligomers, which in turn provide substrate for a variety of other human fermentative endosymbionts, creating a sort of knock on effect. However, to simply state that a high intake of dietary fibre would lead to a healthy gut microbiome would be an oversimplification ignoring both other environmental factors and the complex interplay between individual genetic makeup and the microbial environment.

The main factors which determine gut microbiota composition are ethnicity and geography so potential treatments predicated on influencing the gut microbiome need to take this into account. Studies found that 21 distinct microbial taxa are shared by all humans with individuals of the same ethnic background having a far greater similarity in gut microbial types. In a study which surveyed 7,000 people in the Guangdong province of China, it was found that most inter-individual differences in gut microbiomes could be accounted for by geographic location as such when developing treatments to alter gut microbial composition to achieve a desired outcome, therapies must be tailored to incorporate the geography and ethnicity of the individual.

…for several serious diseases a dysbiosis of the gut microbiome may be the cause of a disease rather than a symptom.

Genetic variants between individuals may be the catalyst for a variety of conditions including obesity and inflammatory bowel diseases (IBDs) such as ulcerative colitis or Crohn’s disease. The gene, NOD2, is involved in sensing and regulating the proliferation of enterobacteriaceae in the human gut. In individuals who have either less effective or completely defective variants of this gene, overpopulation of Enterobacteriaceae occurs often resulting in a hyperinflammatory response. Laboratory studies show that when a microbial sample from humans with dysfunctional NOD2 was transferred to sterile mice, which lack any microbial gut cultures, many mice developed ulcerative colitis. This indicates that aberrant microbial cultures still form stable ecosystems entirely capable of pathogenesis without the presence of disruptive genes. This is important as it demonstrates that for several serious diseases a dysbiosis of the gut microbiome may be the cause of a disease rather than a symptom. If an individual has a genetic variant predisposing them to disease through a change to the gut microbiome, the individual could mitigate this risk through maintaining a diet that normalizes the gut environment. In individuals with a dysfunctional FUT2 gene, associated with type 1 diabetes and IBD, a lack of fructose, a monosaccharide, leads to an overabundance of Proteobacteria. In experiments on FUT2 deficient mice, when fed with a glucose rich diet lacking polysaccharides, there were no differences between these mice and the healthy controls. This emphasizes how unique individual genetic makeup calls for individual solutions and further research in this area is likely to lead to a new era of personalized medicine.

Jakub Krstev is a Guest Author. Our guest authors write articles for us on a wide range of topics and come from a diverse variety of backgrounds. If you would like to write for us then head over to our Get Involved section to find out more or get in touch via email.