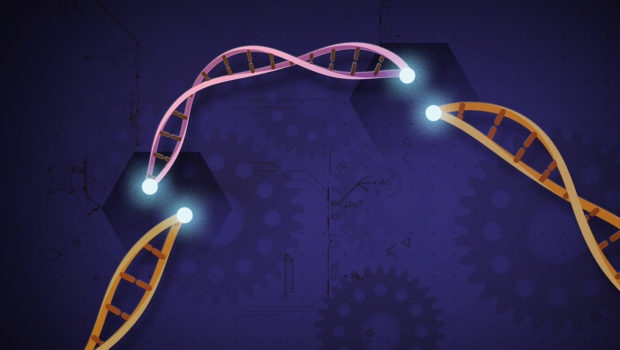 In the past two decades there has been a huge surge in genetic research primarily due to the completion of the human genome project in 2003. The ability to edit, add and remove genetic material for use in a medical setting has vast potential for future therapies for a number of genetic diseases and predispositions. With stories surrounding gene editing becoming more prevalent, many questions have been raised surrounding this new technology.

A common technology used in modern labs is CRISPR-Cas9…

But what is gene editing and how does it work? The term ‘gene editing’ refers to several different technologies used by scientists to alter the genome of an individual. In other words, changing the genetic information in order to either fix a problem caused by a mutation or to give a new trait to an individual. A common technology used in modern labs is CRISPR-Cas9 which uses clustered regularly interspaced short palindromic repeats (CRISPR) and CRISPR associated protein 9. CRISPR was originally identified in bacteria where it provides the basis for a form of immunity for the bacteria against viruses. We can use this bacterial mechanism in the lab for making cuts in an individual’s genome. By designing an RNA molecule specific for the desired DNA sequence, researchers can make precise cuts in the genetic sequence. Once the cut has been made, a section can either be added or removed and the sequence can be allowed to repair itself using normal DNA repair mechanisms.

CRISPR-Cas9 technology was first discovered in 2012 by Jennifer Doudna and her colleagues at the University of California Berkeley. While she recognised the potential of her discovery for use in genetic modification, she warned against its use in humans before all possible side effects and ethical concerns are addressed. Doudna even called for an international consensus between researchers, prohibiting the use of her technology for use in humans in the immediate future, until the consequences are better understood.

…researcher He Jiankui has reportedly edited the genomes of two twin girls.

Many raised concerns over the ethical use of this technology, especially in humans, when it was first developed in 2012. Recently the debate has resurfaced in light of recent news from China where researcher He Jiankui has reportedly edited the genomes of two twin girls. Professor He edited the genomes of the twins as embryos and aimed to create a knockout (a process which involves inactivating a specific gene) of a gene involved with HIV infection with the aim to give the twins a resistance to HIV. While the twins are reportedly the first genetically edited humans, it is possible there may be more on the way. This news sparked outrage from the scientific community with questions being raised addressing the viability of the process and the future health of the babies. The major concern is that the twins are afflicted with mosaicism, a condition where the genes are edited after the embryo has divided, meaning that the individual will be composed of two different sets of cells, some edited and some not. While Professor He maintains that all possible dangers were addressed, the scientific community has condemned his reckless actions.

…gene editing… can be very beneficial in a number of situations…

While gene editing may sound like a dangerous process, when used well it can be very beneficial in a number of situations the most common of which being genetically modified organisms (GMOs). Companies such as Monsanto have been producing GMO crops, such as corn, potatoes and apples, for several years . Genetic modification in this manner (which involves the addition of a new gene into the target organism) has the ability to give crops resistance to infection and extreme weather however it is highly controversial. CRISPR can also be used as a much more specific method of creating modified organisms yet they are not classed as GMOs due to the fact that modification with CRISPR does not require the addition of new genetic material and instead modifies existing genes.

Gene editing is a very exciting field and the use of CRISPR technology has the potential to revolutionise human medicine. However it must be better understood, and the possible consequences must be identified, in order for it to be viable for universal application to human health.

Want to learn more? Why not check out Jennifer Doudna’s TED Talk?
https://www.ted.com/talks/jennifer_doudna_we_can_now_edit_our_dna_but_let_s_do_it_wisely?language=en

Michael Doherty is a Guest Author. Our guest authors write articles for us on a wide range of topics and come from a diverse variety of backgrounds. If you would like to write for us then head over to our Get Involved section to find out more or get in touch via email. 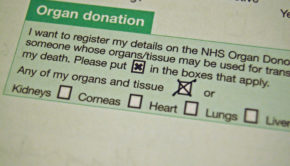